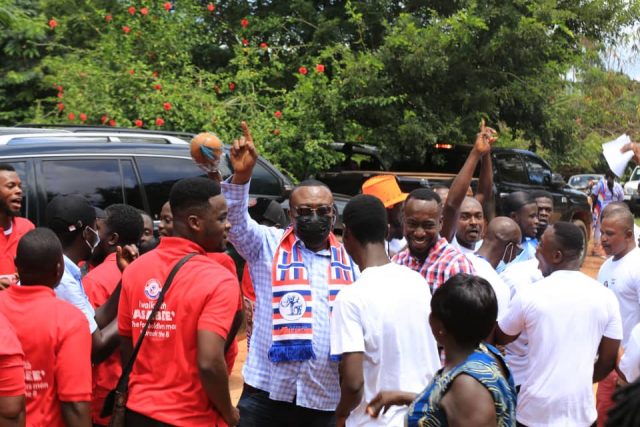 ASABEE’S CONNECTION WITH YOUTH TO DO MAGIC IN 2024.

It is no doubt that the youth are the engine by which all political parties (vehicles) work.

Any political party therefore, that shoves a cordial relationship between the older generation and the youth is headed for an abyss.

Serious political parties deliberately elect persons who cut across various generations and are accepted by all as theirs.

This is what makes one of New Patriotic Party’s aspirants for the National chairmanship position, Stephen Asamoah Boateng a “cut-across” favorite.

TESTIMONIALS:
His ability to have, and spend sometime with the youth everywhere he goes is really doing some magic for him, as the youth would ignore everyone around and run to him.

“Even though he is far older than us, how he came to us after the program and talked with us for sometime shows he is not coming only for the older people.”

“He didn’t just talk with us, he had the patience to listen to all our concerns with the government and we know that, even if not today, this man can help us someday,” Yaw Sekyi of Western North Region told this reporter in an ecstatic mood.

Asabee seems to have a well-laid up plan to energize the party, as his charismatic persona resonates with both young and older generations of the NPP.

LONG SERVICE:
Due to his long service in the party; from organizing people like the late J.H. Mensah, Hon Kwaku Ampratwum Sarpong, Hayford Atta Krufi among others in the United Kingdom even before the NPP was registered in Ghana as a political party, to serving in various ministerial portfolios in the John Kuffuor administration and now Director General of State Interest Governance Authority (SIGA), he is able to command some respect from both the older and younger generations of the party.

For a party that aims at setting a record of breaking the eight year governance system, the need for a charismatic leader cannot be overstated. This is where Asabee stands tall among all others who are attempting to try their luck this time.

The NPP does not need an arm-chair chairman this time, it does not need an old man to replace another old man, what the party needs, is a strong-willed, experienced visionary and an able energizer to break the eight. 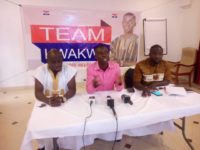 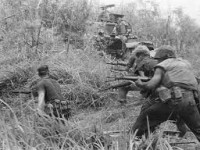