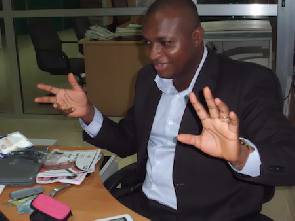 Ashanti regional NDC Youth Organizer; Brogya Genfi is calling for the sack of newly appointed Press Secretary to the President; Eugene Arhin for what  he calls “international embarrassment”.

Eugene has come openly to admit that he wrote the inaugural speech of the newly sworn-in President of Ghana that was fraught with plagiarized pieces of inaugural speeches of at least four other past and current presidents from other countries.

However, Mr Eugene Arhin, in a statement said: “My attention has been drawn to references being made to a statement in the speech delivered by the President of the Republic, Nana Addo Dankwa Akufo-Addo, at his swearing in on Saturday, January 7, 2017, which was not duly acknowledged.

Many, despite his apology see the act as a big blow to the newborn administration especially because of the manner in which they(the NPP) criticized former President John Mahama’s administration over similar matters.

The NDC’s Brogya Genfi believes “an apology is not good enough. He lacks the capacity to serve in that high office for our presidency. This has caused us international embarrassment. Not only Former President Bush was plagiarized but four other heads of states including President of Nigeria, President Clinton, Kennedy too. This was simply a collection of inaugural speeches from other heads of states”.

“Looking at the way the NPP criticized the NDC, saying that President Mahama had surrounded himself with mediocre people, If Nana Addo wants Ghanaians to take him serious, he should withdraw the appointment of Eugene Arhin from his current office. The incompetence has reared its head early for Nana Addo to cure it. If he indeed does not countenance mediocrity, then he should withdraw his appointment or Eugene Arhin should also do the honorable thing and resign”. 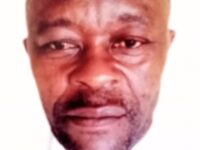