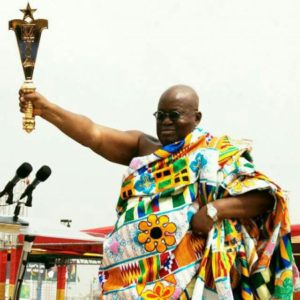 The president, Nana Addo Dankwa AkufoAddo has reminded the newly sworn -in regional ministers to serve with humility as they take over the administration of their respective areas.

Administering the oath of office and secrecy to them at a brief ceremony at the flag-staff house last Friday, the president reiterated that the people deserved the best of them as ministers, adding the best way to make the public feel part of the governance process was to serve with respect and dignity.

‘’The overwhelming mandate the NPP received from the electorate required all appointees including those of us who were elected served with utmost humility’’, the President noted.

He demanded that the appointees accord the needed respect to all manner of person in their localities, particularly, traditional authorities and the clergy.

CHIEFS:
According to the president, chiefs and traditional leaders were the custodians of customs and culture and urged that the ministers accord high level of respect for them.

He stressed the herculean task upon them as regional ministers could become less of a burden if they collaborate with the chiefs and opinion leaders to administer their respective jurisdictions.

‘’Chiefs play important roles in our governance system and it is demanded that you engage them periodically so as to make the administrative duties less of a stress’’, President Akufo-Addo pointed.

He also implored the ministers to seek advice from these opinion leaders so as to facilitate their work and administrative business.

RESOLVE:
The president urged the newly appointed ministers to cultivate his spirit and resolve to make meaningful impact on the citizenry.

According to the president, government officials needed to work extra hard to bring the kind of vision the government has for the country into fruition.

The mandate the NPP received in last year’s polls, he stressed enjoined them not to fail the Ghanaian people but to work to ensure the party delivers on its manifesto pledges.

He, furthermore, reminded the ministers to uphold the rule of law by declaring their assets as they assume office so as to give confidence to the public that they are committed to doing what was right at all times. 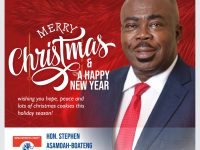 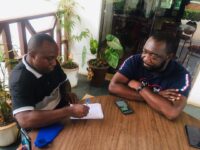 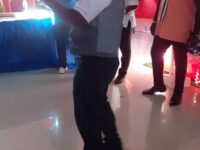