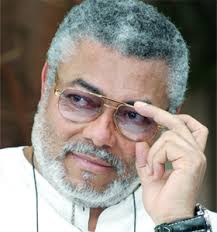 I stated in one of my previous articles how technological advancement is getting unimaginably crazy; and how scientists are now playing  God with the cloning of human beings; but it looks like they have an unfinished business in their quest to play God. There is now anti-senescence treatment to prolong human life to 120 years or more.

This scientific feat has to do with the growing of human organs to replace worn-out tissues and important human parts such as heart, kidneys, liver, etc. Much as I think scientific advancement is getting to madness levels, there are some aspects which will very much help mankind; and I would like to share with you a technology a very special  professor  friend of mine introduced me to a few days  ago.

This is a kind of process that could end the Fulani menace in our part of the world. It is called hydroponics fodder production. Seeds of grass are put in hi-tech greenhouse,  popularly  know as sprout machine. The technology can grow grass to about 12 inches high within 7 days. A sprout machine of 25ft (length) X 10 ft (width) X 10ft (high) is capable of producing 600 kg of fresh green fodder a day which can feed about 50 cows daily. Hehehehehe, cattle owners should see me ASAP.

Please forgive me for divagating; enough  of the scientific stuffs. One of the people I hold in high esteem is former President John Jerry Rawlings. He is the Great Leader and the Dear Leader.  I have supported his ideology  from the time he launched his revolution till now. I was the Press and Information Secretary  of the Students Task Force way back in  the early 80’s.

Our meeting point of our zone used to be the Azumah Nelson Sports Complex at North Kaneshie those days. We did a lot of work to support the revolution including weeding of state farms and carting cocoa from the remote areas of the country.  I was the one who wrote reports of the operations of the Task Force. We were given Tata buses for our trips by the Late Hon. Harry Sawyer who was the minister for transport.

That was not all, I projected the good work of President Rawlings in my book, “The Gruesome Murder of the Elephant” which was published in January 2014.

For the sake of space I will share only one of his achievements. He created 110 districts through non-partisan district level elections. Education, infrastructure developments and healthcare all devolved to the district level. Annual government subvention by law goes to the district, this was  unthinkable in many other African countries.

But I don’t understand my cherished boss anymore. Things are knocking things in my head, and I’m confused; in fact, I dey go mad oo, I dey go crazy. I no longer understand where Papa J’s  principled stance has gone to. I will explain. On  10th January 2008 the Daily Guide newspaper carried a story, “JJ Attacks Akufo-Addo” and quoted former President Rawlings as follows: “the  NPP are bringing a thief to take over from another thief,” he said, referring to Nana Akufo-Addo and President Kufuor, and added that there was no difference between the two.

“The NPP leaders are a bunch of thieves; they are greedy and very selfish. They have looted the national coffers and see how they are shamelessly flaunting their wealth around in the midst of humiliating conditions of majority of the people. When we allow them to win these elections, we would continue to suffer and our children will also suffer. We in the NDC are not like them. We have minds, we have a heart, we have compassion, we have conscience and above all we respect God”.

On 20th February, 2017,  Myjoyonline news portal quoted him  in its headline story,” Rawlings heaps praises on Akufo-Addo…” as follows: “We’re very  fortunate to have somebody like Nana Akufo-Addo  as president. I respect him for certain principles and values, and I will continue to pray and hope he stays on track…’

Papa J, I no longer understand you oo, in fact, I can’t think far. What has changed? Sir, you make me vex you paa. The first person Nana Akufo-Addo thanked after winning the 2016 presidential election was you. Chai, which formation koraa be this? ECOWAS 14:2 or what?  Sir, taflatsa, what did you do to deserve that gratitude? I don’t want to believe that you helped the NPP to win the elections oo.

Sir, as for the loss of moral grounds and the betrayal of June 4 values, abakade,  tongues dey wag oo, Ghanafuo kasa paa, people dey say tweaaaa, the headgear of Auntie Yaa Arafat sef heavy pass Nsawam Cannery. Sir, to err is human oo. You have been complaining that the Jockey surrounded himself with goro boys who contributed in the party’s electoral loss, but don’t forget your buga buga boys in your AFRC/PNDC era caused a lot of wahala oo.

I’ll give you only one instance. On March 3, 2015, a lady insulted me on Facebook for defending the NDC, and I sent her an inbox message telling her she has every right to disagree with me, but insulting me was  not fair.

This was her response: Soo, sorry Mr. Afrane, just that I remembered the pain I went through during the revolution, and the fact that my poor mother went to her grave with a limping leg makes me sad. I was a child, but I was mercilessly beaten together with my mother by Rawlings’ men; I have the marks on me up till today.

The lady told me she hates the NDC because of Rawlings, but in all these I did my best to defend Papa J. and his revolution. So, for him to maligned the Jockey and allude that he is set aside, is unfortunate, given that an experience Jockey is much better than  an amateur one.

It is much easier for an experienced jockey to identify pitfalls and correct his mistakes. And we should never  lose sight of the fact that the Jockey has become  an institution, and has large following; the deeper worry is that excoriating him unjustifiably can damage the lame horse beyond healing which  is not the dream and wish of the grassroots supporters. Let’s accept the 2016 electoral defeat with equanimity and soldier on.

I would like to share two thought-provoking  quotes: “You will never say goodbye to the past, until you understand why the flashbacks haunt you.”  Shannon L. Alder

“There is this one thing that I never ever want to know, and that is knowing how to give up on a true purpose. If it is necessary to rest, rest! But don’t forever be at rest and don’t ever give up on the rest of the unfinished task” – Ernest Agyeman Yeboah

I have been seized by  a fit of yearning for the young man from Bole, and  as scientists have an unfinished business to play God, so JM has an unfinished dream to send Ghana to the promised land, and can never say goodbye to the past or give up on the rest of the unfinished task. 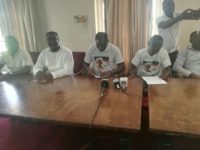 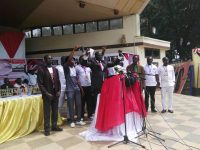 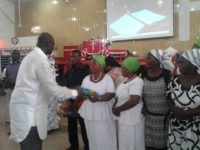 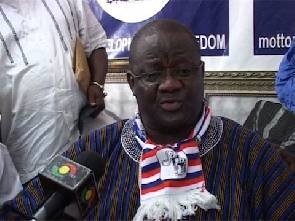