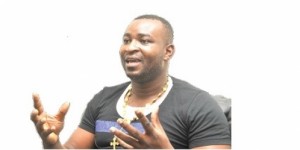 With less than two months  to election 2016, the opposition New Patriotic Party (NPP) has hatched heinous plans  to overturn the choice of electorates who have indicated a desire to retain the current administration of the National Democratic Congress (NDC).

The party is scheming to use intimidation, harassment and physical attacks to compel NDC supporters to remain indoors on Election Day so that they will have their chance to manipulate  figures.

The NPP also intends to prosecute their  evil agenda by creating  confusion at some polling stations  where   NDC  has had more of the popular votes cast in previous elections so that voting in those areas  will be disrupted and will eventually go against the ruling party.

This  wicked machination is to end the second term of President  John Dramani Mahama whose popularity continues to soar in the stronghold of the NPP and  tipped  by local and international Election Watchers to win  the December 7 polls .

Despite the NPP’s plot, supporters of the ruling  NDC  have also vowed to ensure that election in NDC bias areas will be held without rancor and any thing contrary to peace at polling stations will be fiercely rejected.

Ashanti Regional Chairman of the NPP, Mr. Bernard Antwi Bosiako is said to be the one behind this wicked machinations after his public statements threaten to make life uncomfortable for NDC supporters in the region.

Mr. Antwi Bosiako popularly called Wontumi who now describes himself as Governor of Ashanti is on record to have said supporters of NDC should stay indoors on the voting day to avoid harm to them and their relatives.

The NPP chairman’s  comment also recieved a sharp response from a former NDC Regional Secretary and a strong authority in the party,Joseph Yammin who stated that a single attack on any member of NDC will spark three on NPP’ s side.

It is evident that some supporters of NDC  in the region from northern extraction normally become  victims of verbal attacks from NPP  for openly showing their  support to the NDC and this current  government .

Inhumane activities such as insults are rained on headporters who are mostly northerners and have moved into the region because of poverty  or other reasons to do business in the city of Kumasi.

They say they feel slighted and marginalized from the people in the region when they wear T-shirts bearing the President’s picture or  anything that is associated with the NDC; the party they love so much.

Many now wonder if this unfair treatment is one of the strategies that the opposition party will  employ to stop the NDC from getting their ambitious one million votes in the region as they keep soaring in the region.