Residents of Kumasi are in a state of confusion as they cannot locate the various vehicular stations loading to their destinations.

The KMA in their bid to re-develop Kejetia and the Central market have evacuated all traders and vehicles from Kejetia.

“Nobody is making any effort to help us find where our stations are. A city guard I asked ignored me completely”, a confused commuter saddled with baggage told rawgist.com. Many passengers with baggage are stranded asking for directions from equally confused people.

Kumasi based Fox FM also reported on their morning show how city guard workers instead of helping stranded passengers rather turned around to become loading boys for the drivers in return for ₵5.00.

The various stations have been moved to the race course with others scattered at unknown locations including some spot near the Komfo Anokye Teaching Hospital.

Some drivers and driver unions are expressing disappointment with the KMA and the Mayor; Kojo Bonsu. Some have threatened to leave the race course and load along the roads as passengers are not patronizing the station given them at the race course. 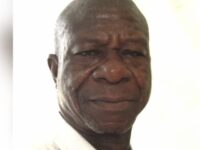 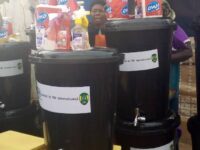