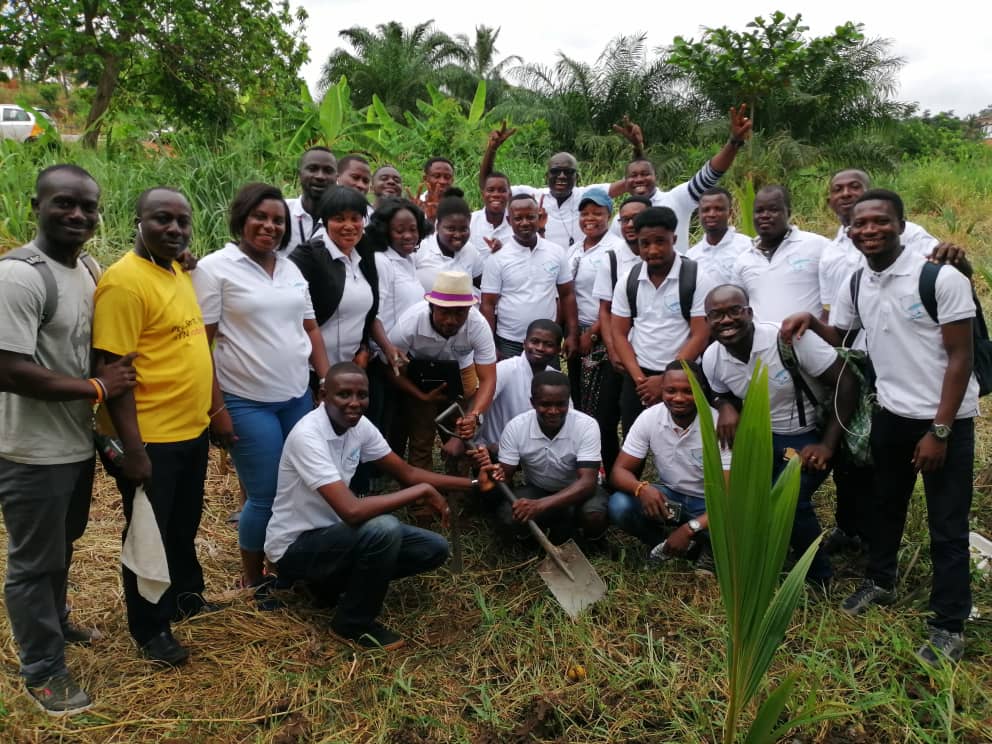 Members of the Ashanti Regional branch of the Ghana Journalists Association in a group pose after undertaking the tree planting exercise at Danyame, a suburb of Kumasi.

The Chairman and members of the Ashanti Regional branch of the Ghana Journalists Association (GJA) early Saturday morning planted some coconut seedlings at a prepared site at Danyame, a suburb of the Kumasi Metropolis.

The exercise was part of programs the regional branch has lined up towards its first awards night slated for the 31st of this month.

Joined by some officials from the Kumasi Metropolitan Assembly (KMA), the members planted about 40 coconut seedlings at the Danyame area as well as the compound of the uncompleted Ashanti Regional Press Center.

Speaking to the media after the four (4) hours rigorous exercise, Kingsley E. Hope commended members for taking part in the exercise.

He said, ‘the initiative is to drum home the point that people need to plant trees to contribute to their environment by providing oxygen, improving air quality and climate amelioration’.

Speaking to this reporter after participating in the tree planting exercise, Kofi Adu Domfeh, Regional Manager for TV3 network expressed delight at the enthusiasm the members of the GJA had exhibited in the exercise.

Tree planting, he noted was a way of conserving water, preserving soil and supporting wild life.

Mr Domfeh, a recognized Advocate of Climate Change said during the process of photosynthesis trees take in carbon dioxide and produces the oxygen humans breathe.

The ever smiling media personality educated that trees reduce the amount of storm water run-off which in turn reduces erosion and pollution in waterways.

‘’Apart from trees reducing flooding they also provide food, protection and homes for many birds and mammals’’, Mr Domfeh intimated.

In a related incident, thieves earlier Friday night broke into the house of the GJA branch Chair and made away with every valuable item belonging to the famous Ghanaian Times Newspaper reporter.

Speaking to the Ghanaian Observer Newspaper about the incident, Mr Hope said he returned from work last Friday night to find his residence at Ejisu-Asawase broken into.

He noted that almost all his valuables were stolen including laptops, wrist watches, clothing and unspecified amount of money including foreign currency.

A case of burglary, the GJA Chair mentioned had been made to the Police in Ejisu for investigations into the act.

‘’From the look of things the thieves took a lot of time due to my absence to ransack my room and take away every item they deemed valuable for use’’, Mr Hope narrated with a forced smile on his face.

Construction of 3 ultra-modern satellite markets take off in Kumasi 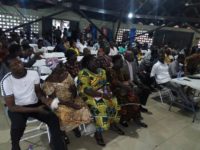 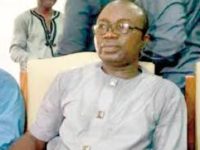