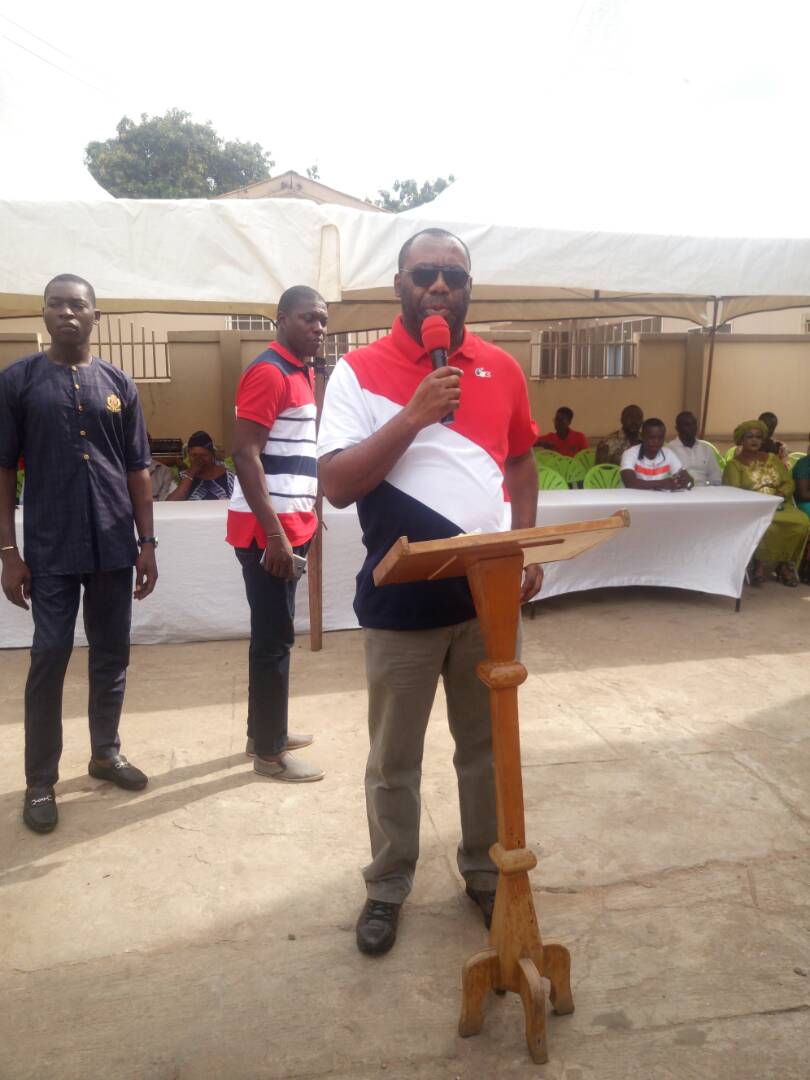 The Member of Parliament for Manhyia-South and Education Minister, Dr Matthew Opoku Prempeh has admonished party faithful to let the unity of the New Patriotic Party (NPP) be of interest to them.

This unity, the MP noted should be something all within the party’s front is prepared to work to maintain at all times.

Addressing delegates moments before voting commenced at the Saint Anne’s Church in Ash-Town, a suburb of the Kumasi Metropolis, Dr Prempeh asked that party members demonstrate that they want development by their conduct and actions.

He wondered why some few members in the constituency would want to drag the party’s name in the mud anytime there are differences in opinion.

‘’We are democrats and as democrats we should be guided by the party’s rules and regulations regarding the conduct of all our activities’’, Napo posited.

According to him, rather than trying to face off with the party when decisions do not go in their favor party members should learn to exhaust other laid down processes to get their grievances addressed.

This, he noted will make them to be seen as respecters of the rule of law and party regulations.

He urged the delegates to ensure they remain united even after the polls so as to continue to make the Manhyia South NPP branch a model constituency.

RESULTS:
At the end of the polls, Dofuoh Joseph Jnr won the youth organizer position when he polled 350 votes to beat Isaac Ade his contender who only garnered 78 votes.

Haruna Alhassan won the accolade as constituency secretary when he swept past Boateng Louis, his sole contender as he polled 323 votes with the latter managing 102 votes at the end.

Despite the fierce contest for the position of treasurer, Kofi Amoah Asamoah with 262 votes upstaged Patricia Adutwumwaa who gained 144 votes at the polls.

Bashiru Issaka with 309 votes won the bid to become Nasara coordinator as his contender managed to pull 117 votes.
Oscar Boah beat Raymond Aning to become the Assistant when he got 283 votes with the latter securing 132 votes.

Ibrahim Amedu polled 304 votes as Francis Karikari got 123 votes at the end of the 1st Vice Chairmanship polls.

In the contest of the women organizer position, Mary Coker and Helina Penamang were tied as each polled 199 votes with Ama Dapaah polling a paltry 23 votes.

However, a recount as requested by Madam Penamang in writing to separate the tie was at the time of filing this report yet to be carried out by the party.

CONTROVERSY:
The Manhyia South constituency election came off despite earlier injunction that had been secured and pasted at the entrance of the election grounds by one Richard Owusu, an aspirant who had been disqualified from contesting the polls.

However, the NPP went ahead with the polls using its internal materials since the electoral commission stayed away from conducting the elections at the area.

Meanwhile, a letter dated 5th April, 2017 which was secured by this reporter stated that Owusu, a 2nd Vice Chairman has been suspended for extorting monies from unsuspecting members of the public.

This seemed to bar him from contesting for any position at the constituency as long as the suspension stayed in force.