The Ashanti Regional Secretary of the ruling National Democratic Congress (NDC), Mr Raymond Tandoh has urged communication officers to tell the party’s own impressive story than to react to the things  opposition parties are propagating to win votes.

In a chat with the Ghanaian Observer Newspaper in Kumasi, Mr Tandoh stressed no one could tell the NDC story better than its own members or communication officers.

He noted the ordinary Ghanaian was looking for which party is best placed to better their lot as the upcoming elections draw close.

The Regional Secretary, therefore, charged the party’s communication officers to rather propound the NDC’s achievements on air any time they got the opportunity to speak on radio or television.

ACHIEVEMENTS:
Sounding confident, Mr Tandoh noted the Ashanti Region had a great story to tell about the improvements the John Dramani Mahama led government had brought into the life of residents.

He stressed in terms of infrastructure the region could boast of the yet to be completed Military Hospital at Afari and the two others which are being constructed at Kumawu and Bekwai, all in the Ashanti Region.

The Mampong and Sekyere Afram -Plains Water project, the construction of six community day senior high schools in Ashanti, were others the calm-mannered Secretary pointed to.

Furthermore, Mr Tandoh tasked NDC members to trumpet the provision of classroom desks to basic and public schools in Ghana and Ashanti in particular as well as the provision of teaching aids and school buses to Senior High Schools.

CAMPAIGN TEAM:
On the formation of a regional campaign team, the Regional Secretary disclosed all committees would be properly formed and inaugurated on the 17TH of September, the very day the party would be launching its manifesto in Sunyani, the Brong-Ahafo Regional capital.

Some of the committees he mentioned to be formed included the fund-raising, logistics and support, strategy and communication.

According to him, the team would formulate plans and strategy for the grass-root campaign the party would be waging ahead of the December 7th general election.

He disclosed the party in the region would desist from its former way of campaigning where they mounted giant platforms for outdoor programs.

Mr Tandoh noted a grass-root approach is what the regional executive will be deploying as it plans to reach every town, hamlet or village with the NDC message of transformation. 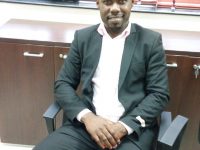