President John Dramani Mahama says most of the challenges the country is facing is as a result of the low productivity churned out by workers despite the high inputs invested in them by government.

“Many of the current challenges we are facing are precisely because of the apparent disconnect between our new found middle income consumption habits and our low income productive capacity,” President Mahama pointed out on Thursday, May 1 when he addressed a cross-section of Ghanaian workers at this year’s Workers’ Day parade at the Black Star Square in Accra.

He congratulated all workers, stressing home the fact that the National Democratic Congress (NDC) as a social democratic party, views labour an ally.

“We are and will remain allies working for a greater common cause,” he mentioned.

The theme for this year’s celebration was “Ghana’s Economy: A Concern for All”.

Secretary General of the Ghana Trades Union Congress (TUC) Dr. Kofi Asamoah, who is also the Spokesperson of Organised Labour, was concerned the economy is not working for the majority of Ghanaians.

“Times are hard and getting harder for ordinary Ghanaians,” Dr. Asamoah stressed.

He said Organised Labour has studied the trajectory of the economy for the past three decades and its views have been widely expressed.

“It will serve no good if we live in a state of denial,” he said of the challenges bedevilling the economy. But President Mahama assured that, among the economic reforms to be undertaken, payroll integrity will be given utmost attention.

“In the next few weeks, we will initiate a massive payroll audit with the view of eliminating the pervasive ghost names and ensuring that these ghosts die a permanent death and resurrect no more,” the president said.

He said a national economic forum will be held this month to solicit other views of solving the economic challenges. 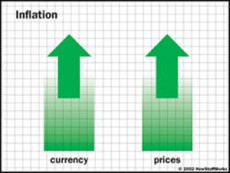 Inflation for the month of April shoots up to 14.7 percent from the 14.5 percent recorded in March 2014