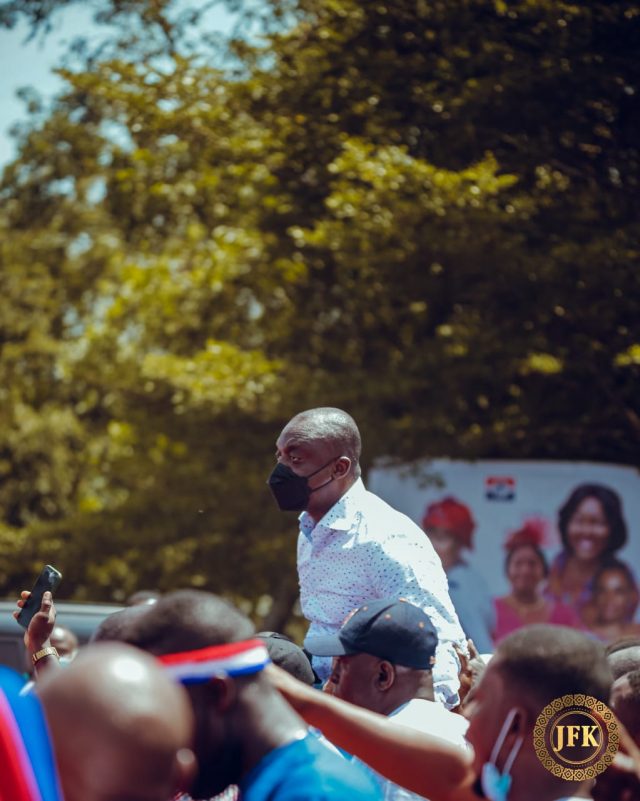 Justin Frimpong Kodua, aspiring national secretary of the NPP being carried on shoulders high to the regional conference grounds at Ejisu last Wednesday

It was spontaneous but deafening the very entry of one of the aspiring national executives of the New Patriotic Party (NPP).

And the name behind this entry was “Okumkom” Justin Kodua Frimpong, who alongside some supporters close to a thousand entered the conference grounds to participate in the Ashanti Regional Conference held yesterday at Ejisu.

Walking majestically across the park leading to where guests and members were seated, the former Youth Organiser of the Ashanti NPP and the current Chief executive of Youth Employment Agency (YEA) was accorded a reception reserved for Presidents and former President’s at such occasions.

No wonder that upon reaching the dais,  2nd Vice Chairman of the NPP,  Mr FREDERICK Fredua Anto rose on his feet to embrace his Godson.

DETAILS:
Calm as ever,  Kodua sat to catch some breath but one could still hear rapturous applause accompanied with shouts of Okumkom reverberating the grounds.

At a point the MCee could do nothing but to call the attention of the NPP faithfuls including some Ministers of State and heads of parastatals that the man acknowledging cheers and greeting around the grounds was Justin Frimpong Kodua.

Sending shock waves into the spine of other interested contestants for the General Secretary position of the party including the incumbent, the YEA boss was seen relaxing with a hearty cheer on his face.

Officially responding to his name when he was acknowledged with his current position, JFK as the YEA boss is affectionately called by some supporters of the NPP,  Kodua stood up and waved to the crowd drawing a spontaneous acceptance judging by the applause.

COORDINATOR:
In an interview with this reporter,  Asokwa NPP Secretary, Papa Yaw Asare Bediako John said the KODUA movement is a serious business.

He noted that the constituency was proud to have its son do so well as YEA boss and to help the NPP to draw up policies that was getting people employment.

The Asokwa Scribe said he was not surprised that the youth across the country were fully behind the JFK movement.

He rallied members of the party to support the YEA boss whose work and commitment has so far yielded results nationwide for the party and government. 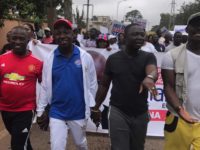 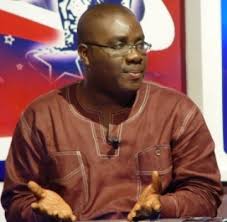