He states that Kwabena Agyepong is not qualified to be the general secretary of the NPP.

“He doesn’t have what it takes to be a leader”, he noted, adding that Kwabena Agyepong is not media friendly.

The lecturer cited an instance of media unfriendliness to support his claim saying “I witnessed an instance where he told a media personnel that he agreed to speak with him for five(5) minutes and refused to continue further conversations after the five minutes”.

He stated that NPP goofed big time voting for him since he is leading the party into a ditch.

Dr. Yeboah further noted that former president J.A Kuffuor got problems with the media when he made Kwabena Agyepong a presidential spokesperson because of his temper.

“In my opinion its time for him to humble himself so as to excel in his presidential ambition but he himself is not willing and ready to do so to authorities in the party”, the lecturer observed. 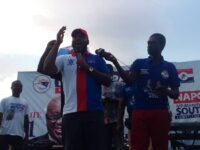 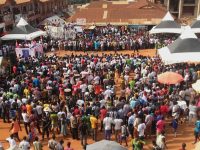