In both business and politics leadership is very critical. But what makes a real leader? And how can we recognize one? There are several characteristics of a great leader but I would like to concentrate on the three major ones: moral courage, humility and leaving behind a lasting legacy. As Ghanaians, I believe most of us would be interested to know the kind of leader our president is. I am, therefore, going to put President Mahama on a scale for us to determine what class he belongs to. I will do the analysis dispassionately for all of us to draw a conclusion.

Moral courage: This matters most, but unfortunately, it is always in short supply; it is the ability to stick to one’s vision or beliefs to pursue a course of action in the face of overwhelming criticism, great adversity, and not least, sometimes the faintheartedness of friends, allies and supporters.

I have a faint memory of Dr. Kwame Nkrumah when he was overthrown in 1966, and saw a little bit of Dr. Busia as prime minister; I can say with all certainty that the most demonized, most vilified, most pilloried and perhaps the most ill-treated head of state in the history of Ghana is President John Dramani Mahama.

He is the only president who has frequently been called a thief by some shameless, uncouth, amoral, rapacious, diabolical, mischievous and wicked opposition elements whose only incontinent desire is to win power at all costs at the expense of the nation’s progress; he is the only president whose presidency has been needlessly challenged at the Supreme Court, and for eight good months, the economy of the country almost stood still.

The humility level of President Mahama is matchless, and I pray that some of his appointees learn from him. I know some of you are shaking your heads, but I also pray that you are given at least a DCE or a CEO position in your life’s time and let’s see how you will behave. For the President and Commander-in-Chief of the Ghana Armed Forces to be humble to the point of accepting responsibility of the nation’s challenges is a clear testimony of the point I am trying to make.

Above all, successful leaders must work to build something of which they could be proud of or remembered with, something they could leave behind as a legacy, a legacy that could put smiles on the faces of people – this is where I doff my hat for President Mahama, and I will explain why.

In the 59 years history of Ghana, managed by over 10 heads of state, we can boast of only two Teaching Hospitals: Korlebu and Komfo Anokye. Within his term in office as Vice President and President, His Excellency John Dramani Mahama has added two more Teaching Hospitals, Tamale and the 617-bed University of Ghana Teaching Hospital at Legon which is close to completion. The Tamale Teaching Hospital now has 400 beds; there is an ongoing expansion work to add 400 more beds. Amazing!

Since independence, Ghana has only one Millitary Hospital, namely 37. President Mahama is adding a 500-bed Military Hospital in Kumasi which is also near completion. Terrific!

In the entire life of our country under about 10 leaders, Ghana has about 530 Senior High Schools which gives an average of 53 schools per head of state. President Mahama in an effort to make Ghana better, is building 200 Senior High Schools, over 120 of these are at various levels of completion. The final target is four times the average of what any other head of state has achieved in the history of our country. Fantastic!

Since independence, we have only one International Airport, Kotoka. The young man from Bole is expanding the Tamale Airport into an international one, and very soon, our Muslim friends from the north would have to make history by flying straight from Tamale to Mecca without the usual struggle and frustrations during hajj. What a relief!

For the first time in the history of Ghana, President Mahama has completed a gas plant at Atuabo to power our thermal plants and also supply 75% of LPG needed in the country, not to talk of the numerous water projects across the length and breadth of the country, and also the 3-tier ultra modern Kwame Nkrumah Overpass. About 84,000 vehicles pass through the Kwame Nkrumah Roundabout everyday, and during rush hours, traffic is choked making motorists spend uncomfortable hours on end before they are able to pass through. Very disturbing!

Assuming motorists spend 2 litres (half a gallon) of fuel a day in traffic at the roundabout, at an average fuel price of GHC3.36 per litre, about GHC6.72 worth of fuel is wasted everyday on each of the 84,000 vehicles which pass through the area. If we multiply 84,000 by GHC6.72 we will have a whopping figure of 564,480 Ghana Cedis. If we multiply GHC564,480 by 365 days, we will have a gargantuan 206,176,320 million Ghana Cedis, and that is how much government spends to import fuel annually which is eventually wasted. Hehehehe, “what even kills me” is its tourist attraction potential. If this project is not a strategic legacy then I don’t know what else it is.

Friends, get ready for another big one – the Eastern Corridor Roads! The 695 km project, which is made up of a complex mix of roads traversing the Greater Accra, Volta, Northern and Upper East regions, is expected to ease access to markets and also enable farmers to increase the value of agriculture produce and ultimately their incomes. It is the shortest distance between the southern and northern parts of the country, and stretches from Tema through Akosombo, Juapong, Hohoe, Jasikan, Kadjebi, Nkwanta, Kpasa and Oti Damanko to Bimbilla, Yendi, Garu, Misiga and to Kulungugu, in the Upper East Region. Its completion would also foster and facilitate socio-economic development and integration within the West Africa sub-region. Absolutely impressive!

Wow! Aren’t these breathtaking? It definitely has to take someone with a cutting-edge leadership ability to undertake all these strategic projects within a very short spate of time, and I think President Mahama, the rainmaker has exhibited the hallmark of a first-class leader by all standards! Rome was not built in a day; I believe he has more in his repertoire – creating jobs, building a stronger economy, etc. He deserves a second term. Kikikikiki, what do you think? 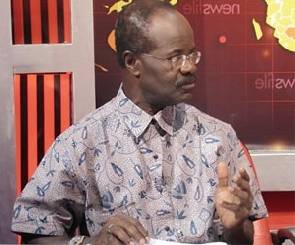 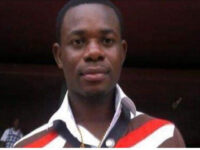