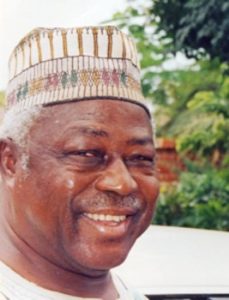 As President, Dr. Limann stated that “agriculture will be our first priority now, and the foreseeable future. It is unacceptable that the country which abounds in arable land should import food or else go hungry’. A two year agricultural programme was thus launched. Farmers were given incentives in the form of fair producer prices and where necessary, machinery and expertise. Food became available on the market, putting back the smiles on the faces of many Ghanaians as queues for food disappeared within a year of taking power. The government also undertook to encourage the development of local cottage industries, hoping that they would eventually counteract the trend towards capital-intensive import-substitution plants. And to show its continued commitment towards the sector, the 1981/82 budget made available a total of C283.6 million. Out of this amount, the Ministry of Agriculture and its departments were allocated C217.2 million. The Irrigation Development Authority received C43.12 million to cover land development in areas surrounding existing irrigation schemes like Vea and Tono. The Cotton and Bast Fibre Development Boards were given C7 million and C55 million for the importation of fertilizers. On crop development, an amount of C88.6 million was earmarked whilst the cocoa sector had C33.9 million.

Next, the administration tackled the problem of shortages of essential commodities which was partly the result of the AFRC’s sale of all available stocks. Resources were thus mobilised and within two to three months not only did the country experience improvement in stocks, but several ships were docked, waiting at the Tema Harbour to discharge their cargo, which was mostly made up of essential commodities.

Over twenty articulated trucks also brought goods from Nigeria to add to stocks. By the end of the first year in office, the shelves were almost filled to capacity. Focus was placed on revamping the mining sector. A major campaign of reviving the gold industry was therefore initiated and financial backing sought from foreign investors. In this connection, a three-day international seminar and exhibition on Ghana’s Gold Endowment was opened at the Kwame Nkrumah Conference Centre, Accra, on January 6, 1981. The seminar, which attracted investors from countries including the US, Britain and Canada no doubt opened up the mining sector for investment. Moreover, the government introduced a new Investment Code and enacted the Trade Liberalisation Act to help attract greater doses of foreign capital.

The government of Dr. Hilla Liman adopted a new industrial policy. Factories received government backing to import spare parts to rehabilitate broken down machinery so as to fully utilise their installed capacities. A call was made for more reliance on local inputs in industrial production. Local cottage industries were particularly encouraged.

Again, to improve relations with the international community and to undo the blockage against the country due to the AFRC’s excesses, more especially its human right abuses, Limann travelled throughout Western Europe, Africa and parts of the Far East not only to renew ties, but also to search for funds to improve the country’s economy. This yielded positive results as Nigeria, for instance, did resume oil deliveries to Ghana and presented the country with a $500,000 grant. Other countries also made pledges to help revive the economy.

The government also relieved the country of her acute transportation problems by the importation of Tata buses from India. These buses started inter-city operations to the relieve of the travelling public. The rural areas which produce the bulk of the country’s food requirements were not left out as some of the new buses were put on their roads. Road rehabilitation projects were also started. Limann also upheld freedom of speech and of the press. Fundamental human rights were on the whole, respected as people expressed their opinions openly without the fear of harassment at the hands of security agents or of being imprisoned under very suspicious circumstances.

Failures/problems Faced by the Limann Administration:
A major problem was how the PNP could continue the “house cleaning” exercise started by the AFRC to uproot bribery and corruption from the Ghanaian society. As the government found itself in a different political setting (constitutional administration), it became difficult for the PNP to carry out the instant justice (e.g. flogging, confiscation of goods or assets etc.), which the past military regime carried out with no checks. Therefore, as corruption and other malpractices started rolling back into the system, people started criticizing the administration and accused it of not being up to the enormous task ahead of the country.

The country was also beset with difficulties in the cocoa industry. With the world price fixed at £1,200 a ton (by June 1980) the government had no alternative than to pay lower prices to farmers who were not the least happy about this development. Worse was to follow when smuggling of cocoa across the country’s borders to neighbouring countries for higher prices became the order of the day. Export earnings from cocoa, the mainstay of the economy therefore dwindled. And with total debt on the increase, reaching over $1.4 billion in 1981 whilst $400 million stood in arrears on short-term debt repayments, the economy started showing negative signs.

In 1981, inflation averaged 116.5 per cent with an estimated BOP deficit of $1.5 million, or 30 percent of Gross National Product (GNP). Halfway through the 1981 fiscal year, the government had overspent the budget by C5 billion (although the planned deficit for the entire year was C4.5 billion). The economic situation at this time showed no signs of improvement and labour unrest became rampant throughout the country with the biggest being a TUC backed work stoppage by mid 1981.

Moreover, Limann was surrounded by CPP old-guards such as Nana Okutwer Bekoe, Kojo Botsio, Kofi Batsa and Dr. Ayeh-Kumi who were eager to have a stake in the administration of the country as a reward for their investment in Limann’s election. Therefore, not only was Limann handicapped by not having the freedom to operate as an Executive President, but worse still, there was power struggle in the party, especially, on the death of Imoru Egala, the party Chairman.

Instead of paying attention to the country’s problems, the PNP was wasting precious time on leadership struggle. In fact, when the issue of the PNP’s leadership crisis was brought to the courts in December 1981; the ruling coalition was no longer capable of inspiring confidence even amongst its most avid supporters. Furthermore, not only were the actions of the AFRC challenged in courts, but aggrieved AFRC convicts and those with properties confiscated to the state started to petition the PNP administration for a review of their cases.

This put the government in a serious dilemma as it was widely believed that there had been miscarriage of justice during the AFRC rule and therefore there was the urgent need for a second look at some of its actions. The administration was also haunted by the continued popularity of Rawlings, who did not help matters by assuming the role of an unofficial watchdog of the regime and making statements with political undertones to the press.

In the latter part of 1980 and 1981, the administration began to employ fairly heavy-handed tactics in its renewed efforts to deal with groups which were not inclined towards it. The first target of government reprisals was the outspoken press. Despite the detailed Constitutional provisions for press freedom, and the creation of the Press Commission, the government was unable to tolerate constant criticism in the print media. Clumsy efforts to replace editors not amenable to government overtures (most notably Elizabeth Ohene of the Daily Graphic) did little to improve the PNP’s image in the public eye.

Another action which dented the image of the government was the retirement from the army of Brigadiers J. Arnold Quainoo, (AC) and Nunoo Mensah (CDS) – all key AFRC appointees, and other officers who were known admirers of Rawlings. The IGP, CO. Lamptey, suffered the same fate. The administration was also faced with corruption in high places. The PNP government was accused of taking a bribe of $2.4 million in a currency printing contract. Also, two top members of the party, Nana Okutwer Bekoe and Krobo Edusei were said to have taken a bribe of $1 million from an Italian businessman, Chiavelli, for investment favours.

There was also the issue of brain drain. The situation, which was the result of poor economic performance made the country lose a number of its manpower resources. With reports of perceived corruption in high places, the continued suffering of the average Ghanaian worker as the cost of a poor persons breakfast was double the minimum wage and Limann’s inability to exercise a firm control over the affairs of the country and his party (due to lack of personal power base of his own within the PNP) coupled with further deterioration in the economy, the PNP government was toppled in a coup d’ etat led by Flt. J.J. Rawlings on December 31, 1981. Thus Ghana’s third attempt at constitutional government came to an abrupt end. The Provisional National Defence Council (PNDC) was formed with Flt. J. J. Rawlings as Head of State and Chairman. 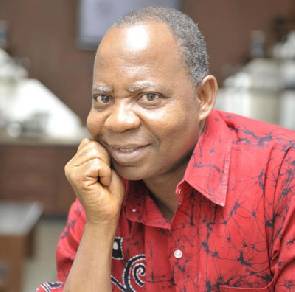