Patronage of domestic airline services has dropped over the past two months following a temporary ban on funeral activities in Kumasi, Ashanti Regional capital.

The situation has affected revenues of the domestic air traffic of the six airlines operating domestic air services in and out of the region. Kumasi is the biggest market for the operators and currently accounts for about 50 per cent of their passengers.

The Chief Executive Officer of Starbow, Mr James Eric Antwi, confirmed in an interview with the GRAPHIC BUSINESS on April 20 that the ban had led to a reduction in the number of people his outfit flies on a weekly basis.

“The numbers in our weekend flights have dropped. Mostly, the funeral travellers go on Friday and return on Monday or Sunday but that is no longer the case because of that ban on funerals in Kumasi,” he said.

The ban on funeral performances was in line with some periodic cultural activities in the Ashanti Region and was imposed to help contain the fan fair, merry making and the noise that mostly accompany funerals in the area.

Funeral services, which are mostly observed from Fridays to Sunday, have been a big driver of passenger numbers on the Kumasi route of the domestic airlines and- the various passenger bus operators.

Mr Kwaku Antwi-Boasiako, who resigned as the Chief Commercial Officer of Antrak Air last week said in a separate interview that airlines had started feeling the heat from the ban imposed on funerals on their operations some two months ago.

“It has been there for some time and the impact was severe around March,” he said. Mr Antwi did not speak on behalf of Antrak Air but did so using his past experiences. 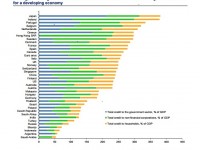 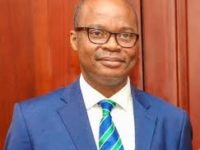