The Agogo State College, a government assisted Senior High School in the Asante Akyem Municipality in the Ashanti Region has taken delivery of a 40″ inch television set and a Dstv decoder from mobile giant, MTN-Ghana to aid them in their studies and research work.

At a brief presentation ceremony at the school premises over the weekend, the Assistant Headmaster of the school, Mr William Berko expressed delight at the gesture by the mobile company.

According to him, students who hitherto had to travel to town on weekends and during exams to research into some of the courses they were offering would have the opportunity to do so in school.

He noted several educational channels were on the decoder and would greatly assist students in their studies.

PROMISE:
He, therefore, promised the management and staff of MTN to take good care of the equipment so as to help them derive the necessary benefits from it.

According to him, the availability of the Tv set would also reduce the incidence of students going out of school to watch some state functions and sporting activities.

He also noted staff who stayed on campus could also release stress after the day’s work by sitting to watch some sports or educational channels.

CHALLENGES:
The School, according to the Assistant Headmaster lacked potable water, noting the school had recently dugged a well to supply the students with some water.

He disclosed the school lacked funds to connect pipes from the well to the dormitories of the students so as to facilitate the access to running water.

He mentioned the lack of accommodation for teachers and staff as another peculiar challenge at the school.

According to him, some of the teachers lived far off school campus and this affects them in monitoring the activities of the students after normal teaching hours.

He pleaded that corporate bodies such as MTN and others come to their aid to ensure they have places for teachers at the school.

MTN:
Speaking to the Ghanaian Observer Newspaper, Mr Peter Bimpeh, Commercial Manager for MTN- Northern Business District noted the delight to bring happiness to the staff and students at the school.

He said the gesture formed part of the company’s 21 day staff voluntary project called the ”yellow care”.
Three other schools in the Nothern, Upper-East and West regions in the country were also benefitting from similar gesture, Mr Bimpeh disclosed.

He said the Agogo College was chosen randomly to benefit from the gesture, indicating other Senior High Schools will continue to benefit from similar gesture since the yellowcare project had come to stay.

SOCIAL ACTIVITIES.
Staff and workers of MTN, as part of their voluntary work painted the science resource centre of the school.

They later mingled with students and staff as they interacted and took them through the operations of the mobile network.
In a football match between the Agogo State boys and selected staff of MTN later, the students beat their visitors by two goals to nil. 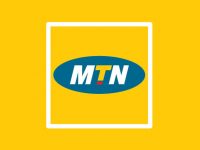 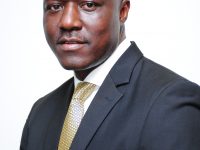 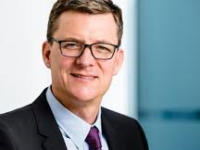 Building a solid and resilient network – 20 years of superior connections 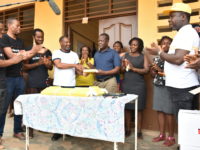