Whenever will Ghanaians wake up that their love and need of making noise is killing their fellow citizens? I see funeral after funeral here in Ghana. The dead are normally not very old. Many die from heart disease.

People smirk or laugh when you tell them that “Noise Can Kill”. They seem not to believe this short statement made by the World Health Organisation (WHO).

So many people seem not to care. Community Information Centres, churches and bars seem to be the worst culprits. It seems that making money and saving souls for Christ seems to have little regard for the good health and wellbeing of the men, women, children and the unborn of Ghana.

A good and informative read is the Tyranny of Noise by Robert Alex Baron. Below is an excerpt from that book.

“Diseases affecting the heart and the blood vessels—the cardiovascular diseases—cause the majority of deaths in the United States, the Soviet Union, and most other industrialized societies.

No one has yet established a direct relationship between noise and cardiovascular disease, and yet…
No less a physician than William H. Stewart, former Surgeon General of the United States Public Health Service, made this statement in his keynote address to the nation’s first conference on noise as a health hazard:

“Donora incidents occur daily in communities across the U.S. Not in terms of specific numbers of deaths attributable to excessive noise exposure, but in terms of many more than 20 cardiovascular problems…for which the noises of twentieth-century living are a major contributory factor.”

The most common and serious forms of organic heart disease are those affecting the coronary arteries which supply blood to the heart. When the passageway inside one of these vessels becomes sufficiently narrowed (atherosclerosis), or is blocked by a clot, a heart attack may occur. The cause of death is the reduction of the blood flow, and consequently the delivery of oxygen to the tissues. Without the necessary oxygen, the tissues die.

What causes the thickening of the arterial walls is the deposit of cholesterol and other fatty substances (serum lipids) that float in the blood. Though diet is popularly associated with increases in cholesterol levels, stress has been demonstrated to increase cholesterol and other fat levels and contribute to the thickening of the arterial walls. Stress increases the secretion of adrenalin, and this in turn increases the amount of free fatty acids in the blood stream, an increase associated with an elevation of cholesterol. It has been demonstrated at the University of South Dakota that noise levels common to the environment of man raise cholesterol levels in rats and rabbits (and also cause heart enlargement in rats). Dr. Samuel Rosen of CQC has stated that loud noises cause adrenal hormone to be released into the blood stream to intensify tension and arousal. Stress itself has been implicated as a primary reason for cholesterol changes.

Rosen warns, “We now have millions with heart disease, high blood pressure…who need protection from the additional stress of noise.” In 1969 he told the Acoustical Society of America, “If a disorder such as atherosclerosis or coronary heart disease is present, [excessive] noise exposure could endanger health…”

There are several suggested factors that increase the risk of an attack. When noise exerts an unfavorable influence over these factors, there is presumptive evidence that noise contributes in some degree to the chain of events leading to heart disease and to an eventual attack. Among these risk factors are cigarette smoking, overweight, lack of exercise. Of special interest is blood pressure.

Dr. Aram Glorig and other medical men have noted that blood pressure does go up with noise exposure. What happens if the noise exposure is continuous, and extends over a long period of time? Rosen, Gerd Jansen, and others have discovered that the impact on the peripheral blood vessels is a prolonged one, that the vasoconstriction (tightening of the blood vessels) persists for a significant length of time even after the noise is stopped. Not only does the vasoconstriction continue after the noise stops, the return to a normal state is slow.

The physical quality of the noise seems to be unimportant. The degree of vasoconstriction these physicians observed was the same for the noise of a punch press, an air pressure hammer, or white noise. (White noise is a “flat” noise with a more or less equal distribution of sound energy across the frequency spectrum.)

People with systemic weaknesses would react to vasoconstriction differently from normal, healthy persons. This suggests the possibility that people with systemic circulatory or cardiac disorders would be more grossly affected by noise.

Rats subjected to excessive noise have developed hypertension, with the older rats showing the greatest sensitivity to noise stress. As for humans, it does not require a sonic boom to trigger a sudden, potentially damaging increase in cerebral blood pressure. In one test, a popping paper bag raised the brain pressure more quickly than a hypodermic injection.

Disordered heart beats may be the central problem in at least 40 per cent of sudden heart-attack deaths, and they trigger most of the deaths during the first four days after an attack. Noise influences the heart’s beat. Experimental work in the Soviet Union has shown a weakening of the contractions of the heart muscle from noise exposure. Many Russian workers exposed to continuous noise between 85 and 120 dB complained of chest pain, and medical examination of these workers revealed irregularities of the heart beat. Russian research shows that workers in high-noise ball bearing and steel plants have a high incidence of irregularities in heart rate, which in some cases can be fatal.

A town in New Jersey moved a firehouse siren away from the adjacent home of a boy with congenital heart disease after his doctor warned that the noise could throw him into a spasm that could be fatal”. 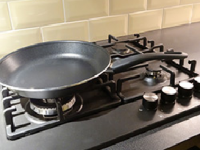 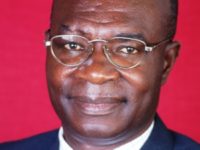