My family and I and others are blasted day and night by the religious selection of the Victory Information Centre at Emena. The preaching and religious singing smashes into our home every day of the year except when the electricity is off.

We have no choice as to what is forced into our home, what drags us out of bed and what dictates the type of religion we listen to.

Our prayers and quiet times with Elohim are raped and smashed by the religious dictator of Emena. His choice of religious preaching and music attack our ears, minds, thoughts and bodies violently every day.

Being serious Bible believers we are insulted and disgusted that the proprietor of the Victory Information Center at Emena has the audacity to think he knows what is best spiritually for my family and I.

The religious and noise dictator not only has high masted loudspeakers at his shed but has recently put other loudspeakers down two streets so that his noise pollution and religious dictatorship can be extended.

What type of so called Christian idea and religion is it that has to be forced upon people in their own homes, even well before dawn and after dark? Surely there are sufficient churches in Kumasi, certainly there are plenty near Emena. 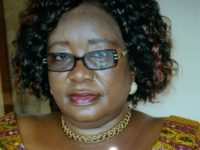