A wind turbine, a roaring crowd at a football game, a jet engine running full throttle: Each of these things produces sound waves that are well below the frequencies humans can hear. But just because you can’t hear the low-frequency components of these sounds doesn’t mean they have no effect on your ears. Listening to just 90 seconds of low-frequency sound can change the way your inner ear works for minutes after the noise ends, a new study shows.

“Low-frequency sound exposure has long been thought to be innocuous, and this study suggests that it’s not,” says audiology researcher Jeffery Lichtenhan of the Washington University School of Medicine in in St. Louis, who was not involved in the new work.

Humans can generally sense sounds at frequencies between 20 and 20,000 cycles per second, or hertz (Hz)—although this range shrinks as a person ages. Prolonged exposure to loud noises within the audible range have long been known to cause hearing loss over time. But establishing the effect of sounds with frequencies under about 250 Hz has been harder. Even though they’re above the lower limit of 20 Hz, these low-frequency sounds tend to be either inaudible or barely audible, and people don’t always know when they’re exposed to them.

For the new study, neurobiologist Markus Drexl and colleagues at the Ludwig Maximilian University in Munich, Germany, asked 21 volunteers with normal hearing to sit inside soundproof booths and then played a 30-Hz sound for 90 seconds. The deep, vibrating noise, Drexl says, is about what you might hear “if you open your car windows while you’re driving fast down a highway.” Then, they used probes to record the natural activity of the ear after the noise ended, taking advantage of a phenomenon dubbed spontaneous otoacoustic emissions (SOAEs) in which the healthy human ear itself emits faint whistling sounds. “Usually they’re too faint to be heard, but with a microphone that’s more sensitive than the human ear, we can detect them,” Drexl says. Researchers know that SOAEs change when a person’s hearing changes and disappear in conjunction with hearing loss.

People’s SOAEs are normally stable over short time periods. But in the study, after 90 seconds of the low-frequency sound, participants’ SOAEs started oscillating, becoming alternately stronger and weaker. The fluctuations lasted about 3 minutes, the team reports today in Royal Society Open Science. The changes aren’t directly indicative of hearing loss, but they do mean that the ear may be temporarily more prone to damage after being exposed to low-frequency sounds, Drexl explains. “Even though we haven’t shown it yet, there’s a definite possibility that if you’re exposed to low-frequency sounds for a longer time, it might have a permanent effect,” Drexl adds.

“The unfortunate thing about our ears is that we can be doing terrible things to them with sounds that aren’t necessarily painful,” says hearing loss researcher M. Charles Liberman of Harvard Medical School in Boston. To explore the potential harm of specific sounds, such as the hotly debated question of the effect of wind turbines on hearing, Liberman says the same experiment could be repeated with conditions mimicking wind turbine noise. He’d also like to see the study expanded to look at how the ears react to noises—rather than silence—in the minutes after low-frequency sound exposure.

Noise Stress Can Destroy Your Children’s Future. Noise Can Kill! 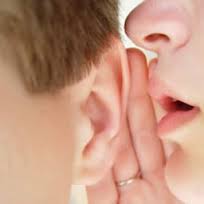 Unbelievably wicked, evil and illegal: It comes from churches, information centres and elsewhere