The Supreme Court has set July 29 to rule on a review application brought by former Attorney General Martin A. B. K Amidu against business man Alfred Agbesi Woyome and the country representative of Isofoton S. A, Anane Agyei Forson.

Although the Supreme Court unanimously ruled in his favour in June 2013, Martin Amidu applied for Judicial Review in what he termed a miscarriage of justice.

Representing himself in court, Martin Amidu argued that the Attorney General, who is one of the respondents in the case, facilitated Waterville Holdings’ “unconstitutional” acts in the construction of stadia for the CAN 2008.

Mr. Sarfo Buabeng, who is counsel for Alfred Woyome filed an affidavit in opposition and issued filed a statement of claim to the court.

He said the grounds for the review sought by the former AG are flawed.

On the Isofoton S. A case, Carl Adongo, counsel for the country representative for the company, Anae Agyei Forson prayed the court to strike out the review application.

Martin Amidu argued that no action was taken on the reliefs he sought against the Attorney General in the first case he filed.

Mr. Adongo however argued that the court’s failure to make any decision on the reliefs sought against the Attorney General amounts to making a decision.

He said his client cannot be said to have acted unconstitutionally because his appointment was made long before the Supreme Court ruling of June 2013. 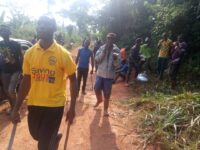 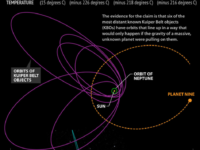 Did the Mysterious Planet Nine Tilt the Solar System? 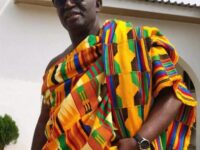