The head of the United Nations Mission for Ebola Emergency Response (UNMEER) Mr Anthony Banbury, the Secretary-General’s Special Representative, has lauded President John Dramani Mahama for being a leader on the international response of the Ebola crisis from the very beginning that his leadership has inspired many others in the region and the world to take the right actions to stop the crisis and protect the people of the affected county and respond to the needs of those in crisis .
Mr. Anthony Banbury, made these remarks when he met with the chief of Staff Mr. Prosper Bani and members of the inter ministerial task force on Ebola to introduce himself and his team formally to government at the Flagstaff House in Accra.
He said the United Nations was very grateful and pleased to be such a close partner with the government of Ghana in the international effort to stop and prevent the Ebola crisis from spreading and was very grateful to the government for the support for the establishing the UNMEER headquarters in Accra which would be small light headquarter for strategic direction in the operation for the other countries.
He said that as a representative his role is to ensure that his organization UNMEER would be able play an important role in the international coalition for the fight against Ebola with support provided by Ghana.
Mr. Anthony Banbury, the Secretary-General’s Special Representative, who joins an advance team that has been on the ground for the past week to support the initial assessment and establishment of the Mission in all three of the countries affected by Ebola, which has sickened more than 6,500 people and killed over 3,000
He said in his discussions the Chief of Staff Mr. Prosper Bani Made a valid point on how the UNMEER operations should go beyond affected countries and the preparedness of other countries and prevention of the virus spreading to other countries, something he described as part of their core mandate together with the WHO, as part of a national effort to prevent the virus from entering those countries.
The Minister for Communication Dr Omane Boamah on his part the teams visit was to lay out its vision in the next sixty days, so as to turn the curve and hopefully resolve the issue of Ebola surveillance in the affected countries at a reasonable period with Ghana serving as the headquarters in line with President Mahamas vision of Ghana continues to be an Ebola free country not just for the unity but for Ghanaians and Africans.
Established just over a week ago by Secretary-General Ban Ki-moon, UNMEER is the first-ever UN emergency health mission. It will harness the capabilities and competencies of all the relevant UN actors under a unified operational structure to ensure a rapid, effective, efficient and coherent response to the crisis.
Mr. Banbury is scheduled to give a press conference on Tuesday in Accra, which will serve as the Mission’s headquarters. press 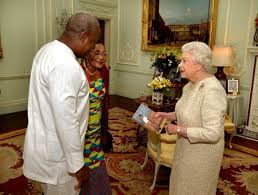