Public Officials Are at Risk of Criminal Charges for Torture by Ignoring Prolonged Sleep Deprivation from Environmental Noise.

-Prolonged Sleep Deprivation Confirmed as a Method of Torture The UN Committee Against Torture (UN CAT) has explicitly identified prolonged sleep deprivation as a method of torture.

The Committee had this to say about the impact of prolonged sleep deprivation:

“The Committee against Torture (CAT) has noted that sleep deprivation used for prolonged periods constitutes a breach of the CAT, and is primarily used to break down the will of the detainee. Sleep deprivation can cause impaired memory and cognitive functioning, decreased short term memory, speech impairment, hallucinations, psychosis, lowered immunity, headaches, high blood pressure, cardiovascular disease, stress, anxiety and depression.”

The Physicians for Human Rights also consider sleep deprivation as well as sensory bombardment with noise to be methods of torture, and list the clinical evidence of the harm to physical and mental health, and the legal precedents to support this opinion in their document “Leave No Marks”. 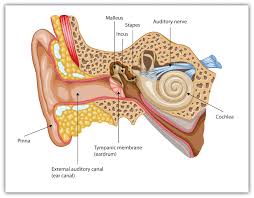