Otumfour’s mpaboahene Nana Yaw Owusu is demanding an apology and a retraction from the Ga wolomo for what he describes as derogatory comments made about him.

The Ga wolomo, Numor Blafo commenting on Ultimate fm morning show on attacks on Ga chiefs after they purported to have said the Accra fire and flood disaster was caused by the dumsor vigil, said ” the Ga chiefs deserve some respect because even people respect “mpaboahene”

This comment did not go down well with Otumfour’s mpaboahene who is demanding an apology and retraction. He spoke to ultimate fm’s morning show host, Prince Minkah Nana Yaw Owusu is also threatening a court action if his request is not met in the same measure the comments were made 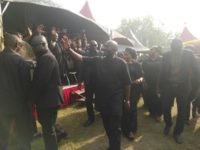 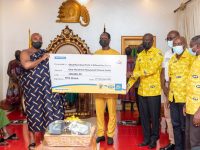