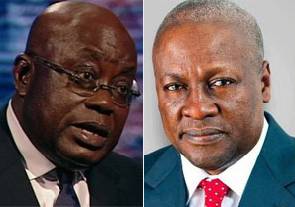 Even as the New Patriotic Party (NPP) gloats over its hugely impressive victory at the just ended presidential and parliamentary polls, the Ghanaian Observer Newspaper wishes to send a gentle reminder to them on why the outgoing government lost the elections.

The Good Book says, ‘pride goes before a big fall’ and this aptly fits the paper’s first observation of arrogance as the first root cause of the loss of the National Democratic Congress(NDC).

Other reason why the NDC lost was also their refusal to heed to the plight of the ordinary Ghanaian as every new tax and policy which faced public resistance was fabulously ignored by the government.

Third reason was the government’s blatant and obvious inflation of contract sums for projects and thereby giving room for the tag of corruption that hung their necks until their overthrow at the December 7th polls.

While in power for the two terms they served from 2009-2016, some government assigns sought to arrogate to themselves strange powers to the point that some deputy ministers could talk down on the people of whose mandate the NDC got into political office in the first place.

People like Murtala Mohammed, the out-going MP for Nanton constituency, Felix Ofosu-Kwakye, out-going Deputy Minister for Communications, Stan Dogbe, outgoing flagstaff house protocol officer as well as several others behaved as if they owned the Country and often ran riot over those who found the government’s decision or policy as unhelpful.

But, strangely enough, the out-going President, John Mahama also lowered himself to the standards of these ministers by constantly replying his political opponents with sharp words. At times people found him to be exhibiting traits of a serial caller.

His infamous ‘dead goat’ syndrome pronouncement was the icing on the cake as the people felt the arrogance had reached a crescendo.

So for the incoming NPP administration, it will be in their own interest to live exemplary lifestyles of incorruptibility backed with the symptoms of humility which often drew people closer to government.

The incoming president, ministers and government appointees should therefore display huge amounts of transparency, accountability and humility in their pursuits. This, will, undoubtedly help to engender the confidence the people have reposed in them by voting them into government.

The paper, however, can only wish the incoming NPP administration well but pray they will be guided with the thought that the mandate they have gotten came from the people and same will be taken back from them when they misbehave in the next election. 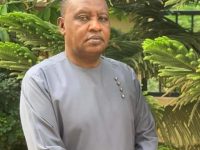