NURSING TRAINEES at the Mampong Midwifery and Health Assistants School, who were punished for displaying on placards their plight to President Mahama over the weekend, have been punished again.

The school authorities have allegedly seized rice cookers belonging to students residing in the particular hostel where the peaceful demonstration was openly staged against the President.

Some of the affected students in an interview with Omanhene of Kessben FM in Kumasi on Tuesday confirmed they were forced to kneel for close to 45 minutes for displaying their plight to the President.

According to the students, who demanded anonymity for obvious reasons, the MCE of Mampong, Mohammed Kwadwo Aboasu, hurled insults at them over their behaviour.

The students, most of who are married women, said the MCE at the tail end of his encounter with them, ordered the school authorities to punish them because they had disgraced him and the school.

They said immediately the MCE left, the school authorities ordered them to kneel down for about 45 minutes because they had misconducted themselves by demanding their allowance from the President.

The aggrieved students said the school authorities later conducted a search in their hostel and seized all rice cookers from them, as punishment.

They claimed it was the rice cookers they used in preparing their food and have, therefore, been badly affected with the seizure.

The students blamed the Mampong MCE for being the cause of the terrible treatment which was meted out to them by the school authorities, alleging their teachers acted on the MCE’s orders.

The affected students openly cursed Mr. Kwadwo Aboasu for the bad manner in which he talked to them, noting that they would in due time expose him for his wrongdoing.

They said he behaved as if he did not know Ghana was in a democratic era and that it was permissible for them display their grievance to the President in a peaceful manner.

“We shall make sure that he is also sacked just as the Tweaa DCE was sacked,” one of the affected students yelled.

According to them, at the appropriate time, they would give out recordings that capture the MCE harshly speaking to them. 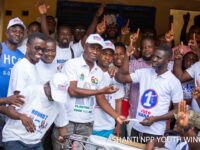 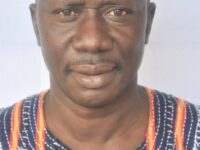 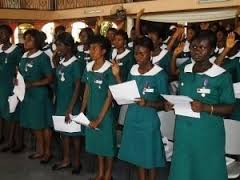