Police in Mampong in the Ashanti region have expressed remorse for mistakenly killing a teacher of the Midwifery school and his brother.

The unfortunate incident occurred in the early hours of Wednesday.

The Police mistook the brothers for armed robbers after an alarm of robbery attack was raised by some tenants.

The Mampong Police Commander Superintendent Bismark Agyapong who confirmed the incident to Starr News said the Police have had a tough time engaging school authorities and family members of the deceased.

“Police had been called to a robbery scene that there were some armed robbers attacking a house so we rushed there after a tenant called.

“When we got there to confront the robbers, suddenly two people jumped on a motorbike and they suspected it was the robbers so they mistakenly shot at them,” he explained.

“It is not easy and we are sympathizing with the family and the whole citizenry is confused why this would happen so it’s a bad blow for all of us…we have met the midwifery staff and explained the situation to them”. 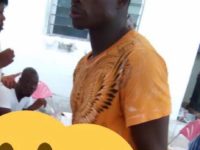 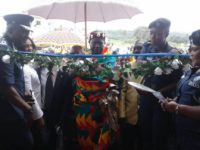