Over thousand traders including Maize and kola nut dealers were relocated to the Kontompo market to pave way for the redevelopment of the Asawase market.

According to the Association, the Municipal Chief Executive (MCE), Alhaji Nurudeen Amidan has played a major role in securing part of the Airport lands for them to do business temporary.

The members say, they were investigating reports going round which indicate that, the Asawase New Patriotic Party (NPP) executives secured the temporary market for them and not the MCE.

At a press conference, regional secretary of the association, Saani Mohammed Panpanko dispelled rumors that the NPP flabearer, Nana Addo Dankwa Akuffo Addo and some of his party executives from the Asawase constituency secured the temporary place for them.

He said the Association was grateful to the Assembly and the MCE and would not condone allegations that could mar the efforts of the authorities at the Assembly to help businesses to thrive.

“It is never true that the NPP secured this place for us. We do not even know who made the comments on radio and we are condemning the rumors with all the seriousness it deserves, we are here to do business and not politics,”Mr Panpanko stressed.

He called on the MCE to turn deaf ears on comments that could demoralize him from making further efforts in assisting the vulnerable traders.

The Colanut dealers are therefore appealing to Alhaji Amidan to shun such comments as they were made for mere political gains.

They also commended the Asokore Mampong MCE for his tireless efforts in ensuring development of businesses within the area.

The members are also appealing to the MCE to construct roads at the temporary market and improve conditions there. 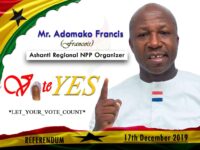 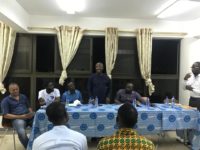