The group has described the former Education Minister as an untruthful person, who cannot achieve anything for Ghanaians.

“Indeed Spio-Garbrah fits in team D. He cannot achieve anything for traders. He may be imposing more hardships on Ghanaians because he is good with tariff imposition just as he did with the introduction of the residential facility user fees for tertiary students. He causes the mess”, AFAG said.

The former presidential aspirant fell out with the governing National Democratic Congress after he referred to President John Mills’ (late) appointees as a team B group. He apologised for that statement when he appeared before parliament’s appointments committee for vetting.

AFAG, however, said: “It is worrying that a person who labelled, his soon to be colleagues; team B, could not justify the very reasons for labeling them so. Being “sorry” is not enough, the motive behind the call is one filled with hate, envy and the “pull him down” syndrome”.

“Mr President, would you want to include a person who has proven himself at the appointments committee level as a liar in your government? How would he relate with the majority of team B men in your administration? He lacks the moral judgment”, the group asserted.

“Another worrying experience was the rapidity with which Spio-Gabrah concealed his block headedness at the primary level. There’s nothing wrong for him to have state he failed several times in school, and that explains why his age, while at school did not match his current age.

“Mr President this is absolute dishonesty. Spio-Garbah is not proud of herself. He’s fighting a complex. The actions of Spio-Garbrah gives meaning to Koku Anyidoho’s assertion that he bought his honorary PhD and that it was a cheap PhD”.

AFAG also says the former Chief Executive of the Commonwealth Telecommunication Organisation (CTO) has a “bad sense of judgment”, a situation the group attributed to the introduction of the academic/residential facility user fee for tertiary students during his tenure as Education Minister, which, the group said has “remained an albatross on the neck of students since 1998”.

“On the score of the above, we consider Spio-Garbrah as not worthy to be a team B person. At least some team B men are better than him. They were not blockheaded in school. You never heard of their consistent failures in school during their vetting”. 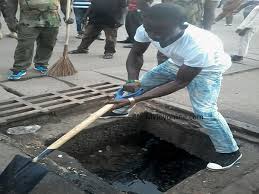 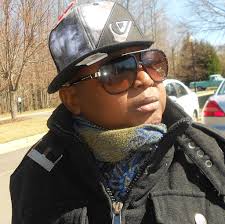 “I have no problem with Agya Koo”