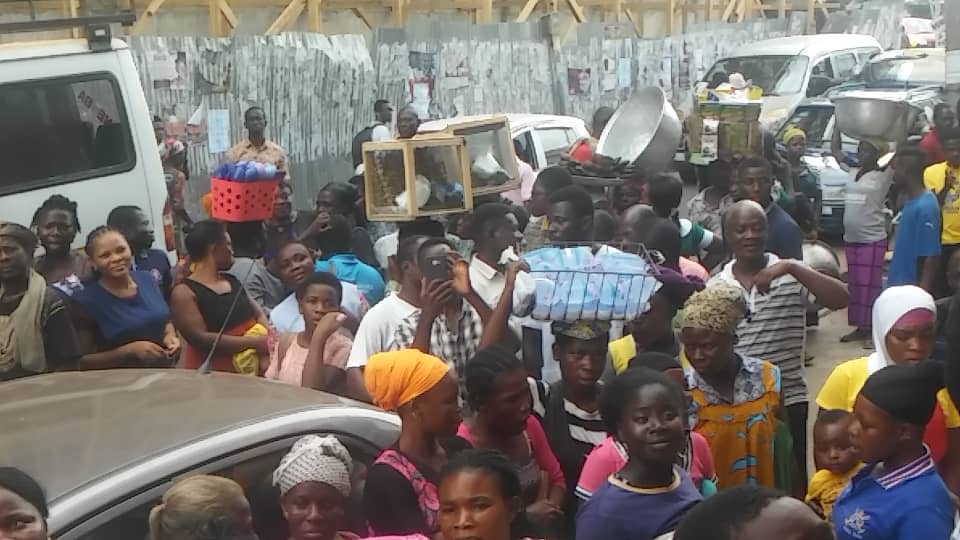 Staff and security at Kumasi based Oyerepa FM had an arduous task of preventing a cheating woman from being lynched in their studio Thursday afternoon.

Scores of central market traders, some police officers, bankers and others stormed the radio station on Thursday 18th July 2019 afternoon to beat up one Vida Amoah to pulp for cheating on her husband; Mr. Ebenezer Gyamfi.

The two have been married for 20 years with four children.

The lady in question Mrs. Vida Amoah was dating two gentlemen (one Orlando and her current husband Mr. Ebenezer Gyamfi) at the same time. She got pregnant for Orlando (unknown to the husband).

The two had stayed for years, and unfortunately, a fight ensued between the two ( husband and wife) and the lady accidentally revealed revealed in a bizarre manner , that her first son is not her husband’s biological son.

This did not go down well with the husband who brought the matter before Oyerepa Afutuo crew, a social program on oyerepa fm hosted by Auntie Naa. In the course of the program, the lady confirmed that she was dating the two simultaneously and conceived with Orlando.

Orlando was however schooling at Kumasi Technical Institute (KTI) when the pregnancy occurred and hence advised the lady to abort the pregnancy since he could not afford it. She however refused to abort it.

In the heat of the program ‘’Oyerepa Afutuo’, hosted by Auntie Naa, Orlando was called in and he confirmed that he was having an affair with Vida which resulted in a pregnancy. He also agreed that the boy in contention, who just completed from Prempeh College is his son.

This angered the market women at central market  who trooped into the studio of Oyerepa Fm to give the woman a beat down.

The irate central market traders, some police officers, bankers and others were extremely angry with the lady. Some even described her action as irresponsible and against womanhood. They say they wanted to beat her up as an example to other irresponsible ladies indulging in similar acts.

Though she was beaten, the staff of the station managed to salvage the situation and protected her from the angry crowd. 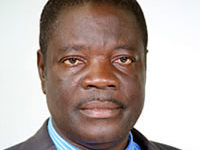 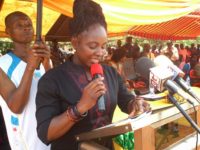 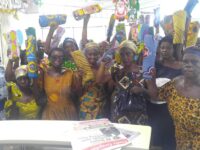 Oyerepa Afutuo puts smiles on the faces of orphans & widows