Member of Parliament for Awutu Senya East Constituency, Mavis Hawa Koomson says the debate proposed by President John Mahama to challenge the 2016 Presidential Candidate of the New Patriotic Party (NPP), Nana Akufo-Addo is a ploy to steal ideas for his campaign.

According to the NPP MP, the President is bereft of ideas and campaign message to convince Ghanaians to vote for the NDC again after failing to fulfill all stolen ideas from the NPP and Nana Akufo-Addo in the 2012 elections.

President Mahama during an interview with TV3 on Monday, challenged Nana Addo to a debate indicating that the NPP flagbearer has made some “contentious” statements which need to be addressed.

“I am willing to debate Nana Akufo-Addo any day, even if you call him today, we will put it here…I don’t have a problem with debating Nana…Indeed he (Nana Addo) has made a lot of contentious statements I would have wished that you had him here so we debate on those issues,” President Mahama said.

But speaking in an interview with Peacefmonline.com, Hawa Koomson said President John Mahama as usual is waiting on the NPP to start with its campaign message in order to feed into strategy and copy to make it his.

“You remember the NDC’s Savannah Accelerated Development Authority (SADA)? They copied from the NPP’s proposed Northern Development Authority (NDA) and because the policy idea did not come from the NDC have you seen the outcome of the program? There are so many things the NDC stole from the NPP but due to their lack of modules operandi, nothing has come out of their programs,” she argued.

She added that President Mahama is desperate for ideas for his campaign team as he is aware that Ghanaians are not going to condone and accept his ‘edey bii’ campaign message used in the 2012 elections.

“I see this proposal of Mahama as desperation to cling on to power at all cost and since the NPP and Nana Akufo-Addo have not released their campaign strategy for the NDC to copy, the President is calling for a debate to steal some ideas for campaign . . . he condemned free education proposed by Nana Addo but now he wants to do it,” she asserted.

She reiterated that “Ghanaians are more discerning now to read the lies of President Mahama”; adding “this is not the time to debate but time to work to make Ghana a haven for the citizens who repose confidence in him.” 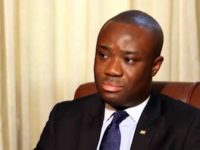 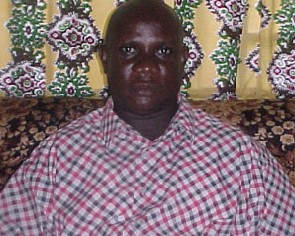