President John Dramani Mahama says government is initiating amendments to the constitution in order to undo a key limitation of the Commission on Human Rights and Administrative Justice (CHRAJ).

According to the president, the Commission has a limitation of not initiating investigations on its own.

“It must receive complaint from a member of the public,” President Mahama noted.

But speaking at a programme on the sidelines of the 69th United Nations General Assembly, President Mahama said government is concerned about the status quo and will make sure the constitution is amended to remove that restriction on CHRAJ by making it able to initiate investigation against its own officers.

This comes days after allegations that Commissioner Lauretta Vivian Lamptey has misappropriated funds of the Commission.

A Daily Graphic report on Tuesday, September 16 implicated Ms Lamptey of overly spending on her 37-month rent while her official residence is under renovation for an unduly long time.

The report triggered public debate as some people derided the irony of the anti-graft institution in fighting corruption.

But in President Mahama’s submission during Friday’s programme hosted by Ford Foundation in New York, that will soon change with the constitutional amendment.

He said Ghana abounds with anti-corruption agencies including think-tanks who keep the state on its toes.

He, however, said: “The most important safeguard is a free, open and vibrant media landscape.”

“That is why at the G8 in Lough Ern last year, I made transparency a central element of our agenda.”

He hinted that the United Kingdom now demands greater transparency over the ownership of companies to stop corrupt officials “from plundering a country’s wealth with impunity”.

Chair of the Board of Transparency International Huguette Labelle urged world leaders to strengthen anti-corruption institutions to function independently. 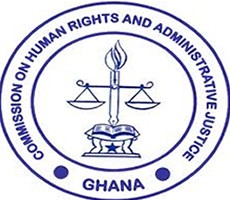