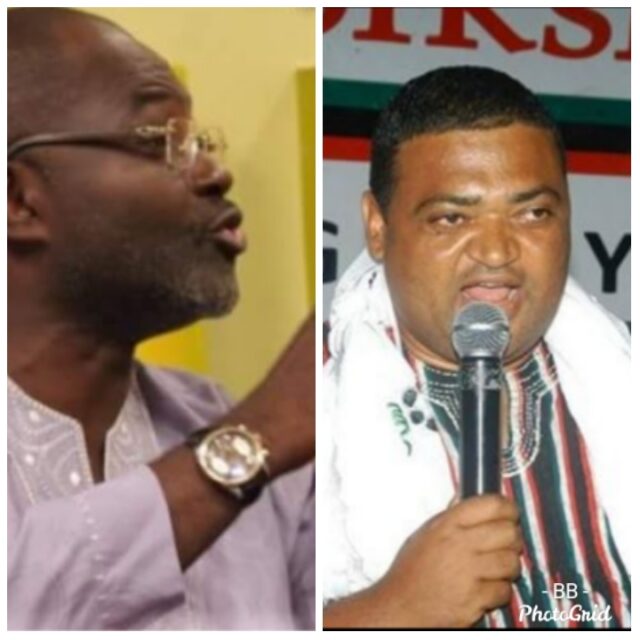 writ, filed on the 27th May, 2020 also named Kencity Media as the second defendant.

Joseph Yammin vowed to sue the MP after he made some allegations against him that Mr. Yammin says are untrue and have affected his public image badly.

Kennedy Agyapong accused Joseph Yammin of organizing meetings to plan how to murder expatriates and create insecurity in the Ashanti region for political ends. He alleged there were also plans to murder some political players as well including NPP Ashanti regional Chairman known popularly as Chairman Wontumi and the Bono regional Chairman of the NPP known popularly as Abronye.

He went ahead to mention some names which included Hudu Yahaya, Faisal Ibrahim, Charles Amani, Yammin, Yaw Barimah and others numbering about 25 who participated in the said meetings.

He said his sources revealed that one of such meetings was held at the residence of Joseph Yammin and went on to mention the area where Mr. Yammin resides. He called on the President and National security apparatus to act fast on the allegations he was making.

Joseph Yammin however insists he has not met some of the others he is alleged to have met in years and belittled the information put out by the Member of Parliament.

He also said the people being mentioned as targets in the alleged assassination plot were not worth his time and cannot be a torn in the flesh of the NDC.

He was appalled that Kennedy Agyapong can make such allegations without proof and remains a free man. He also lambasted the security apparatus for acting on “unintelligent intelligence”.

He believes Kennedy Agyapong keeps talking “anyhow” because no one takes him on but “this time, he has bitten more than he can chew” Yammin said and insisted he will sue the MP “big time”
“I will take a land cruiser and his radio station off him” Yammin vowed.

Please read a copy of the writ here: