Deputy National Coordinator of the National Disaster Management Organisation (NADMO), Hon. Joseph Yammin says it is impossible for NPP Flagbearer, Nana Akuffo Addo to be President of Ghana and has called on the NPP to “accept this hard truth” and stop deceiving their followers. Yammin has also described the NPP’s campaign for more votes to clinch victory in this year’s elections as an exercise in futility.

He was defending his earlier prediction of a second position for Nana Addo in the 2016 elections after he had cast suspicion on the NPP’s discomfort with the Electoral Commission’s logo change.

The Deputy National NADMO Coordinator is of high suspicion that the NPP had plans to compromise the elections with some documents they could no more use due to the EC’s logo change; a situation he believes is the cause for the NPP’s incessant attacks on the EC and the decision to change its logo since the change of logo will affect all the EC’s documents.

Speaking to this reporter, the former Ashanti Regional Secretary of the ruling NDC, prophesied that God has forsaken Nana Akuffo Addo and that his desire to be Ghana’s President is a divinely orchestrated impossibility. He says Ghanaians are witnessing unprecedented governmental performance under President John Mahama who he observed has performed creditably in the areas of poverty reduction, infrastructural development, maintenance of national peace and stability and the boosting of investor confidence in the Ghanaian economy.

He has therefore expressed gratitude to the Ghanaian electorate for voting for President Mahama. “It is a done deal that President John Dramani Mahama would be sworn in as next President on 7th January, 2017 for Ghanaians to witness an unprecedented national development.”, Yammin stressed. 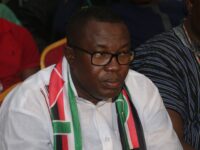 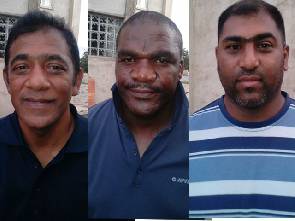