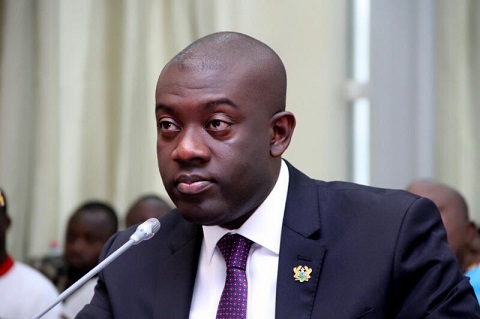 The Minister for Information, Kojo Oppong Nkrumah says the overwhelming endorsement the New Patriotic Party (NPP) got in 2016 made them aware Ghanaians wanted the party to do things differently.

Speaking on News-file, a current affairs program on JOY 99.7fm in Accra, the Information Minister noted that the verdict in 2016 is guiding the NPP in government.

Mr Oppong Nkrumah mentioned the resolve of the President to govern differently and fulfill the promises he made to the good people of Ghana.

Issues of security and jobs, the Information Minister noted is of paramount interest to the NPP government.

‘’We were voted to do things differently and it is clear that the President got the message and he is committed to doing things differently to ensure the populace benefit from the programs and policies he promised during the 2016 electioneering’’, Mr Oppong Nkrumah posited.

Mincing no words, the Information Minister indicated the commitment of the NPP government to lead the way to tame party security elements now referred to as vigilantes.

The President, Mr Oppong Nkrumah says has indicated his loud commitment to lead the way of stripping the power these political party security elements wield.

This, he noted was evidently displayed when the President addressed Parliament during the state of the nation delivery last week.

The President, Mr Oppong Nkrumah opined is ready to lead a legislation to tame and disband these political party militia elements if the advice by him for the parties to meet and resolve same is unheeded.

‘’The President has shown his commitment to tackling this growing trend of political party violence and just as he stated in the address to Parliament recently he loudly showed that if voluntary disbandment fails a legal framework would be designed to achieve same’’, the information minister posited.

The Information Minister assured Ghanaians that the projects as enumerated by the President in his state of the nation address will be implemented fully.

Other projects, he noted started by the previous NDC government would be assessed and continued to its completion.

The year 2019, Mr Oppong Nkrumah stressed would be a highly active one which would be used to carry on with projects the NPP started two years ago.

The one district one factory, one village one dam projects would come on stream to ensure the country is opened up for economic activity and business. 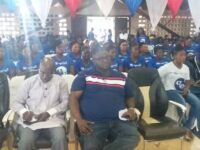