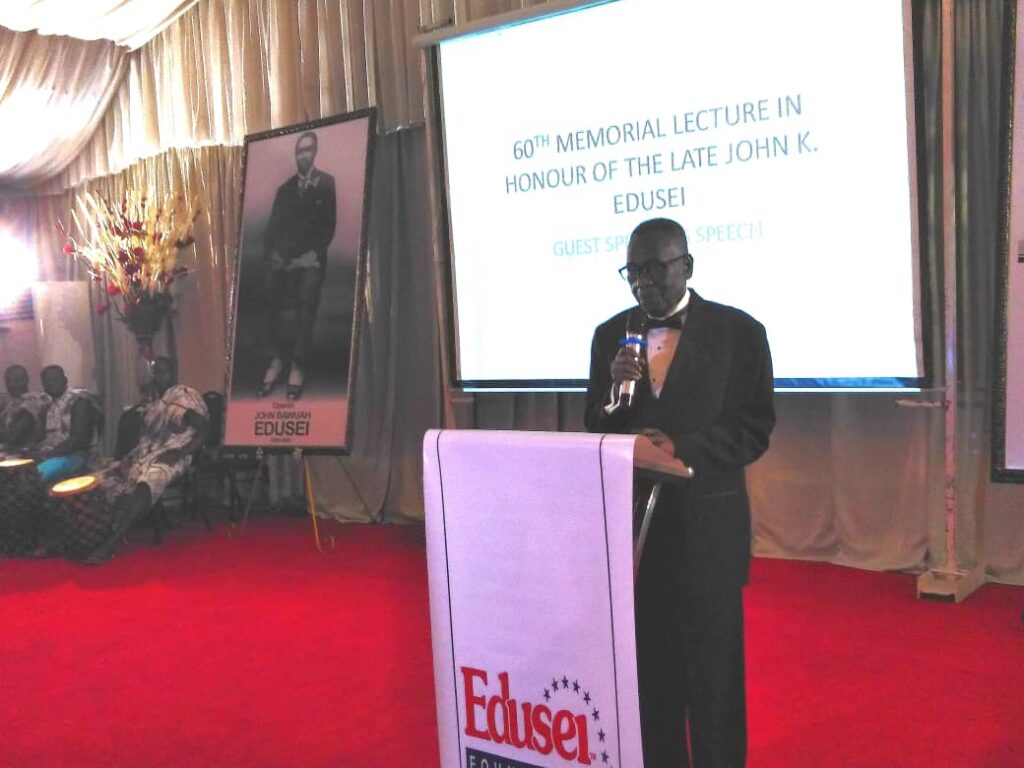 Justice Stephen Alan Brobbey, a retired Supreme Court judge has admonished the public to consciously draw up succession plans for their families, companies and firms.

This, he noted will help guide those who take over or inherit businesses after the death or incapacity of the original owners.

Addressing the 60th memorial lecture of the late Opanin John Kwame Bawuah  Bonsafo Edusei, one of the first formally educated Asantes in Kumasi, Justice Brobbey said the lack of a proper succession plan for firms and families is the cause of many strife and conflict in the country.

He noted a well planned life just like that of the late Opanin John Kwame Bawuah ensured that the next generations built on his legacies.

”Companies such as T.A.T, Poku Transport Company and many timber firms collapsed in the Ashanti Region because their original owners did not have a proprerly laid down succession plan to outlive them and still function effectively, Justice Brobbey posited.

ARCHBISHOP:
Speaking at the ceremony as Chairman, Archbishop Emeritus Dr Peter Akwasi Sarpong, a former Bishop of the Catholic Church in Kumasi rallied the Bawuah Edusei family to carry on the torch from their deceased relative.

According to him, the late Opanin Edusei exemplified excellence in every sphere of life.

The former Bishop  also noted that the late Edusei excelled in every area he operated by being disciplined and focussed.

The success of the late professional , Archbishop Sarpong stressed was because of the legendary work ethic the late Opanin John Kwame Bawuah Edusei adhered to.

”We are by this lecture and by the life as lived by the late Opanin John Kwame Bawuah Edusei urged to cultivate same values as well as work ethic so that we can be celebrated just as he is being accorded 60 years after his death”, the former Bishop of Kumasi emphasised.

FAMILY MEMBER:
Extolling the virtues of his late relative, Dr Kwame Bawuah Edusei, a former Ghana ambassador to the United States of America (USA) said Opanin John Kwame Bawuah Edusei knew the importance of education even at an early stage in life.

This, the former Ambassador revealed made the late Opanin Edusei enroll his female children in school when such decision was very unpopular those days in 1920’s.

He said the unique work ethic and lifestyle of the late Asante Kotoko Professional stood him in good stead to excell in every endeavour he undertook.

Dr Bawuah Edusei therefore untreated the family and the gathering to embrace good work ethic and discipline so that they chart a good path for themselves and their descendants in future.

Present at the glorious ceremony were former ministers of state, professionals, people from academia as well as grand sons, grand daughters, siblings and children of the late Opanin John Kwame Bawuah Edusei. 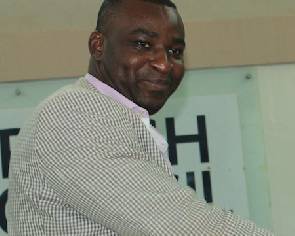