The Vice Chancellor of the Kwame Nkrumah University of Science and Technology (KNUST), Professor William Otoo-Ellis, has appealed to media practitioners to separate the personal decision of a former student to join the Islamic State in Iraq and Syria (ISIS) from the university.

“The former student, Nazir Nortei Alema, has completed his course or professional training and has left the school. Whatever personal decisions he has taken are his own and should not be linked to the university,” he said.

The Vice Chancellor made his first public comment on the vexed issue at the first School of Veterinary Medicine’s oath-swearing and induction ceremony and white coat ceremony by the university in Kumasi last Saturday.

Hitherto, veterinary doctors were trained in the Eastern European countries, Nigeria and Kenya.

Prof. Otoo-Ellis, apparently perplexed by the development, said ‘’KNUST has worked hard to establish its reputation and would continue to work hard to keep it. It would be wrong to link an individual’s personal decision to the school just because he was once a student of the institution.

‘‘In the coming week, the university will issue a formal statement on the matter to set the record straight,’’ the Vice Chancellor said.

Alema, 25, graduated from the university in 2014 after a four-year course in Geography and Rural Development.

He is one of the 10 suspected Muslim youth from Ghana who have taken the decision to join the terrorist group, whose stock-in-trade is beheading their opponents or those they regard as infidels in public.

On veterinary doctors, the Vice Chancellor said the shortage of trained doctors threatened the industry and by extension, human lives.

Currently Ghana has less than 200 veterinary doctors despite the fact that there are many technicians.

He commended the government for contributing towards the establishment of a modern veterinary complex in the university which was likely to be inaugurated next year.

The new facility, which has a veterinary hospital, lecture hall, a research centre and other allied facilities, will help expand the industry and produce more qualified veterinary doctors in the country.

Prof. Otoo-Ellis urged the business community and other stakeholders to invest in academia, especially in the sciences, to solve basic and complex human problems.

The Deputy Minister of Food and Agriculture in charge of Livestock, Dr Hannah Bissiw, appealed for investment in animal health since it could impact human health.

The Dean’s Prize for Overall Best Student was won by Oliver Dankwa Boakye. 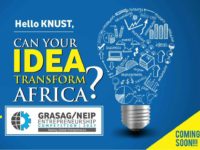