Ghana coach Avram Grant was on the verge of expelling Olympique Marseille midfielder Andre Ayew from camp for late arrival.

The 59-year-old was very furious about Ayew’s conduct but management committee chairman George Afriyie and deputy Kudjo Fiano intervened to calm tempers at the team’s camp in Spain.

“Myself and George Afriyie had to intervene and apologise on behalf of Andre Ayew for arriving late in camp because Avram Grant was very unhappy about the player’s late arrival in Spain,” Fiano told Accra-based Happy FM.

“Grant sees Dede as a player who could lead the team in the future and expects him to lead an exemplary life,” he added. Goal Ghana understands that the son of Ghana football legend Abedi Ayew came to Seville with a chartered flight after having difficulties in arriving on time, but the Israeli did not accept the excuse.

Meanwhile, Goal can confirm that communications director of the Ghana FA Ibrahim Saani Daara has refuted such incident, insisting nothing like that sort occurred in camp. 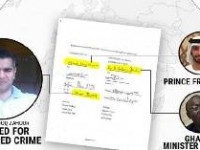