The Government of Ghana has denied claims by a pressure group that some government officials used a private jet belonging to private mining firm, Engineers & Planners – a company with affiliations to the president’s brother.

Ghanaians for a Better Government had insisted in a press statement that the U.S.-flagged plane that landed in Tehran and was traced to E&P, ferried top government officials to Iran, and not a business delegation as claimed by the jet’s operators, (E&P).

A statement issued at the weekend by E&P, signed by Executive Director Adi Ayitevie, also denied rumours that the jet ferried President Mahama to certain locations.

“We wish to also state that the President of the Republic of Ghana, His Excellency John Dramani Mahama has never been transported by the said aircraft,” E&P said. Ghanaians for a Better Government however said the explanation offered by E&P is at variance with information divulged by the Iranian government regarding the calibre of people who used the plane.

He denied categorically that officials of the Government of Ghana ever travelled on the Bombadier for to Iran for any official purpose.

“Engineers and planners had issued a statement in which they clarified the issues. They state without fear of equivocation that the President has never travelled on the Engineers and Planners jet. Secondly Government has not sent any delegation that has travelled in that jet to Iran and I believe that should end the matter.”

Mr Kwakey Ofosu accused the pressure group of pursuing the agenda of the main opposition New Patriotic Party. “That group is nothing more than another appendage of the NPP. All the members of that group are known NPP activists and so they don’t fool anybody at all.” 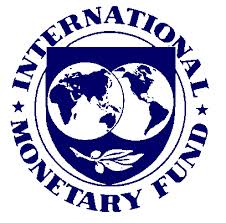