State prosecutors in the rape case involving media icon, Kwesi Kyei Darkwa (KKD) has asked for more time in order to constitute a seven-member jury to hear the case.

The case, which is being tried by indictment will need the court to constitute a seven-member jury, which is yet to be done.

An Accra Fast Track High Court therefore adjourned the case to April 22 upon the request of the state which is asking for more time to allow the needed processes to be put in place before the case begins.

Meanwhile, the counsel for KKD, Anthony Folson told the court he was unhappy with the request by the state, especially since it had one month to ensure everything was put in place.

KKD is being tried for allegedly raping a 19-year-old girl in December 2014.

Despite the victim’s request for the court to drop the case, the Attorney General (AG) indicated it will continue to pursue the case. 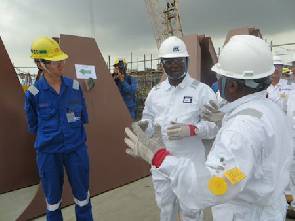