NDC Parliamentary candidate for Suame; Brogya Genfi says the New Patriotic Party is playing with the Ashanti region to their own detriment and expects the NDC to surprise them.

He explains to rawgist.com that “the way the NPP is behaving lately, it’s clear they are playing with the Ashanti region. In the composition of the NPP campaign structure, you don’t see any Ashanti person beside Wontumi who is an automatic member by virtue of his position. We are not relaxing and our activities carefully calculated towards getting one million votes”.

Brogya Genfi who was speaking on the sidelines of the finals of the Ashanti NDC Youth Zongo Challenge Cup also took the liberty to speak about the NPP’s Sunyani congress, describing it as a failed gimmick to assert some hope within the party.

“President Kufour opened the can of worms by telling them to work to unite the party since every vote counts. He made it clear that all is not well within the party”.

For his part, Managing Director for BOST/TOR, Kwame Awuah-Darko who was at the event expressed satisfaction with the turnout and the level of sportsmanship displayed. He also announced that the tournament will see an upgrade next year with scouts coming around to choose players.

He explains that the game is not a vote winning exercise per se but rather, a social activity aimed at bringing the youth together.

In all, 20 Zongo communities  participated in the tournament right from the 16th October to 20th December, 2015. 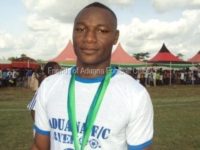