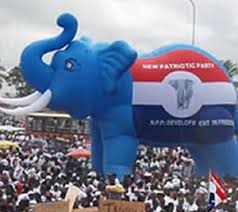 Three hungry lepers went to the market to buy some foodstuffs to prepare food. They went to a stall where a woman sold fish and vegetables. There were quite a number of people also waiting to buy from the market woman, and so the lepers had to wait for their turn, but their turn never came; the woman ignored them and decided to serve customers who came much later.

Irked by this development, the lepers decided to scuttle the woman’s business. They forcibly made their way into the stall and started touching the foodstuffs with their severed fingers. “Ye tapo, tapo,” they spoke through their noses in unison while touching the foodstuffs.  Away bus, all the customers left the stall – no one want to buy food items touched by lepers.

Having finished with the story of the lepers, as citizens, it  will be essential  for us to discuss some matters of national interest which are worthy of analysis. It has now become apparent that most of the promises the NPP made during the 2016 campaign are spurious; and there is plenty of evidence to support this.

An astounding example is  the statement made by the Finance Minister, Hon. Ken Ofori-Atta during his vetting that his government is not going to pay customers of DKM  because it was not captured in his party’s  manifesto. This was against the promise made by Nana Akufo-Addo at the Nkoransa North Constituency before the elections that he will pay all DKM customers whose monies  have  been locked up if voted for as president.

Another clear  attempt is the swerving of  the University Teachers Association of Ghana (UTAG). Before the elections, the  NPP promised that  the book and research allowance for university teachers will not be scrapped. After winning the  elections  the  NPP government is asking lecturers to demonstrate how they have been using the allowance.

There are more: their promise to turn the economy around is turning out to be a fluke. The NDC exited office with cedi to dollar rate at GHC3.80; as I write, the cedi is GHC4.50 against the dollar. An average price of fuel has also been increased from GHC16 a gallon to GHC19 a gallon.

With these, the  price of disappointment has been clearly marked, and it would be much too high — the people of Ghana are now  steeped in poverty, want, misery and hopelessness, but nothing has been mentioned about the  promise of reducing taxes, fuel prices  and utility tariffs to ameliorate the suffering of Ghanaians who voted for change..

As it is, the NPP stands the risk of being blown out completely by the winds of frustration and economic pressure, and I understand why Government of Ghana is going to outsource management of the Economy to McKenzy of South Africa. Where is  Dr. Bawumia the economic wizard? And where  are the astute  men and women? Little wonder our president says he can’t sleep. Sosket, you go talk true. Ghanaians will miss former President John Dramani Mahama dearly; his humility and  finely tuned instincts kept him well ahead of the others.

Also, the many inconsistent statements of the NPP serve as unquestionable evidence that President Akufo-Addo and his team are confused or incompetent or being mischievous. In one breath, the Vice President, H.E. Bawumia came out to tell Ghanaians and the whole world that 7 billion Ghana cedis  is missing from the state coffers. In another breath, the Senior Minister, Hon. Osafo Marfo announced  that no such amount is missing. This has set the stage for people to wonder who the real Vice President  of Ghana is.

Furthermore, the  President repeatedly mentioned that his government is going to protect the nation’s purse, but interestingly, the public treasury  is being raided with a-20 million 60th Anniversary budget. How can such an amount be spent with a purported broken economy? Must President Akufo-Addo reject 4 bullet-proof vehicles left behind by the NDC administration for his presidential duties, and order 4 luxurious 2017 BMW cars at the expense of the state?  This is terribly unfair; and as a citizen, am I wrong  to  reasonably   presume that President Akufo-Addo is being dishonest by choice?  Kai, he seems to be fulfilling his promise of making genuine mistakes.

The monumental foul-ups of this government is becoming most shameful, dirty and ratty. The first week in government, it was about plagiarised inaugural speech, the other time it was a plagiarised 60th Anniversary logo: and the last time I checked it was another international embarrassment at the ECOWAS Parliament where Hon.  Fred Opare Ansah, NPP MP for Suhum, refused to step down as a Member of the regional legislature: and because  of this confusion, the Speaker of the House declined to swear the reconstituted Ghanaian delegation into office.

There is a single fact Ghanaians need to understand – we have sold our colour TV for a black and white TV.  Besides, the NPP has provided a rich soil in which the seeds of failure is going to grow abundantly with the impunity their private militia and party activists are perpetrating violence and lawlessness. It is now becoming difficult to understand who is really in charge.

Not too long ago, the Minister in charge of national security, Hon. Albert Kan-Dapaah gave an order for  some cars which were unlawfully seized  from the house of the NDC  National Organizer, Mr. Kofi Adams to be returned. Hon. Kan-Dapaah also apologised to Mr. Adams for the embarrassment caused him.

Interestingly, this  action did not go down well with the Brong Ahafo Regional Youth Organizer of the NPP, popular called Abronye DC, who claimed he was the one who led some security personnel to seize Mr. Adams cars. He had the effrontery to question the action of the Minister of National Security. He didn’t end there:  he called the revered minister of state a thief: and surprisingly,  no one coughed from the corridors of power.

Few days  later, a letter was released from the Office of the President legitimizing Abronye’s task force. Abronye must be powerful, and seems to be in charge. He must have been promoted from DC to president, kikikikiiki, Abronye President. Chai, ignorance  can be dealt with, but stupidity is much difficult to handle oo.

I doff  my hat off  for Mr. Abdul Malik Kweku Baako for condemning these acts with a  terse economy of words: “ Institutional vandalism. I’m sad and disappointed.” I expect the Nyansafuo and the others to speak too.

I knew that the NPP has the capacity for violence, but what is happening is exceedingly worrying, and must be stopped. Tempers  are rising, and the NDC may not be an easy convert to any unreasonable level of endurance. If this art  of stonewalling and political intimidation do not stop; walahi talahi,  ye b3 tapo, tapo.