Kotoko have been handed a massive fitness boost as six of their players who missed the season’s opening defeat are available for selection when they take on Medeama next week’s top clash.

The Porcupine Warriors were without the six first team players in the Premier League opener at WAFA due to various injuries and some have blamed their absence on the 2-0 defeat.

Though a positive development, Kotoko’s injury concern is still unhealthy following Jerry Newton’s disclosure that goalkeeper Felix Annan would be out for eight weeks and not four weeks as earlier predicted by the medical team.

The extension of Felix Annan’s absence period was confirmed after an MRI assessment on the goalkeeper earlier this week.

He disclosed that the medical team has released the six players who have recovered to the team and they have been involved in training this week.

The team physiotherapist said the players would be up for selection against the MTN FA Champions on March 6, 2016 if Coach David Duncan finds them suitable.

Felix Annan was enjoying a good day in Kotoko’s Premier League opener away to WAFA when he sustained a collateral ligament sprain injury on his right knee following a clash with an opponent.

Defender Edwin Tuffour Frimpong also suffered a grade-one hamstring strain on his left thigh in that same match but he is lucky Monday’s assessment proved he would be out for two weeks as earlier predicted.

These are aside registered Jackson Owusu who was ruled out of the season a week before the commencement of the Premier League after injuring his shin in a backyard game.

Two other key players, goalkeeper Isaac Amoako and midfielder Larbi Koomson are also nursing long term injuries which prevented them from being registered in the first window of the season. 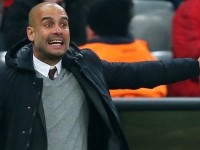 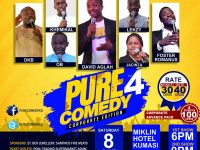