There were renewed partisan debate between Minority and Majority MPs in Parliament on Tuesday after a contentious 300 million dollar loan facility thought by the Minority group to be fraudulent was considered and approved in Parliament.

The loan will be used to secure arms for the nation’s security personnel who are on peace keeping duties in Mali and Sudan.

Concerns about the terms and conditions of the loan facility however, previously compelled the Speaker to order a review to address key concerns raised by the Minority about the loan.

But on Monday’s sitting at Parliament, the Majority brought the loan back to the floor with what the minority had called little or no modification to the decisive terms and conditions covering the facility.

Speaking on Eyewitness News, the Chairman of the Defense and Interior Committee of Parliament , Fritz Baffour however said the loan is very necessary and critical since it will be used to secure the requisite equipment needed by Ghana’s security personnel to embark on their peace keeping duties.

“ We have got troops in certain circumstances and their situation is very critical because they don’t have the requisite equipment to do their work which is very vital, ”

“ Troops in Sudan who are protecting over 68, 000 people in that country lack the requisite equipment to carry out their work,” Fritz Baffour explained.

Responding to concerns raised by the Minority over the terms and conditions of the loan, Fritz Baffour said various stakeholders had carefully scrutinized the loan before approving it.

“I don’t think we can doubt the competence of our civil servants at the Ministry Finance, they did their due diligence…the loan has a certain degree of security and safety,” Fritz Baffour said. 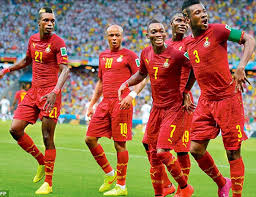