The National Democratic Congress (NDC) has insisted that the call by the New Patriotic Party (NPP) for a new voters’ register is a deliberate attempt to mislead Ghanaians to take actions that will negatively affect the quality of the country’s democracy.

In line with this, the NDC described the NPP’s call as misplaced and born out of ignorance of the electoral process of Ghana, and as such must be dismissed.

In an interview with the Daily Graphic yesterday, the General Secretary of the NDC, Mr Asiedu Nketia, said, “The NPP got it all wrong” as their call for a new voters register is supported by faulty arguments.

In his swift reaction to the NPP’s position, the NDC chief scribe pointed out that the NPP’s claim that Ghana had a population of 25 million and if we have a voters register covering 14 million, which works to 56 per cent of our population on the register, then the conclusion is that the register is bloated, is rather simplistic.

On the claim that the register captured names of minors, the NDC scribe conceded, but indicated, “Once the names have been captured, the legal process of deletion is very tedious, if not impossible.”

He said the NDC was also aware that the register contained names of many dead people, but asked whether in all of those instances, a new register would cure the defect.

“Certainly no”, Mr Nketia stated and explained that regarding the issue of the minors, “We have not discovered a technology for registration that will be able to tell the age of whoever thumbprints. But the good thing is that because the register was captured four years ago (2012), by 2016 anybody from 14 years and above who was captured would be 18 years and above in 2016.”

Opening a new voters’ register, according to Mr Nketia, would still capture the old names anyway and since the loophole had not been plugged and the motivation of various political parties to have an advantage over another would be even higher than it was before the 2012 register.

In that regard, he said, the NDC’s insistence on keeping the current register was to avert the potential of bloating any new register with names of minors. “The fear is that if you open the register now, it will still be bloated,” he asserted.

On the claim of the Supreme Court ruling that the use of National Health Insurance Authority (NHIA) card as means of identifying or ascertaining Ghanaian citizenship should no longer continue, Mr Nketia pointed out that the NPP had misconstrued this ruling to imply that since the card was one of the means of identifying potential registrants for the purpose of compiling the voters register, then it meant we had to find a way of deleting all those names that were registered using the NHIA card.

According to Mr Nketia, the CI75 used in the compilation of the register in 2012 provided several options of identifying the voter or potential registrant, which included the use of an old voter card, a driving licence, a Ghanaian passport, an NHIA card and attestation by two people who had registered.

“Given that I approached a registration centre and presented an NHIA card, it is not conclusive evidence that I lacked any of the other means of identifying myself, so drawing a conclusion that anybody who registered with the driving licence, for instance, did not have a passport, old voter ID or is incapable of being identified by two registered voters could be very illogical or stretching logic to absurd limits,” Mr Nketia stated.

In his view, before anyone could draw a conclusion that ‘Registrant A’ who used the NHIA card should have his or her name deleted from the register, “you need to call the registrant and demand of him or her to produce any of the other remaining means of identification”.

“It is only when he or she goes through that and is unable to prove otherwise that his or her name can be deleted,” he argued.

Compilation of a new register is also not the solution, he asserted, saying that one of the most important means by which the registrants would be identifying themselves would be the presentation of an old voters card.

“We are in a democratic dispensation and the 1992 Constitution frowns on retroactive application of laws in Ghana,” he stated.

“My advice to the NPP is that they should use the laid-down procedures to make the register clean,” Mr Nketia said

He also called on the NPP to concentrate on presenting concrete and alternative proposals to the policies NDC was implementing so as to convince Ghanaians to vote for them in 2016.

“Instead of thinking that they can gain advantage by pressurising the Electoral Commission (EC) or any other constitutional body through a campaign of misinformation, that is surely not going to work,” Mr Nketia said.

He made it clear that if Ghanaians remained largely ignorant about the true merits of our electoral system, selfish politicians would continue to take them for a ride. 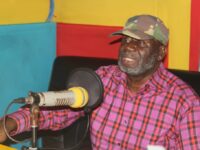 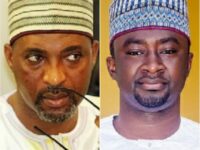