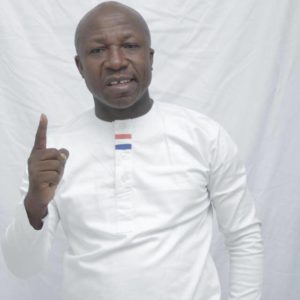 Scores of delegates of the New Patriotic Party (NPP) in the Adansi constituencies of the Ashanti region in unison have indicated their resolve to maintain the standards set by previous regional organizers of the party.

According to them, getting a knowledgeable and fair minded personality as the party’s regional organizer is the only way the NPP can make inroads to areas they are least popular in the region.

Speaking at separate functions in the constituencies during a visit by one of the interested regional organizers, the delegates assured Francis Adomako of their support.

They maintained the upcoming regional executive election is a crucial one where the party needed sane and humane personalities to administer the various offices with wisdom and sobriety.

Mentioning the attributes they see in Francis Adomako, some of the delegates recalled how humane and calm the hopeful is.

Others praised the university lecturer for the matured manner he has so far carried his campaign in the Ashanti Region.

One delegate, with much passion observed the humble nature of Mr Adomako and noted the hopeful has no criminal record.

These qualities, the delegates in Adansi Akrofuom took turns to extol in Francois, as the organizer hopeful is famously referred to.

Pledging their support to Mr Adomako, delegates at the Obuasi constituency urged the regional organizer hopeful to maintain his humility at all times.

This attribute, they noted will serve him well since God rewards the humble and set their feet on high.

At Adansi Asokwa, scores of the executives as well as members of the NPP mobbed Francis Adomako after he outlined his vision for the 47 constituency organizers in the Region.

Speaking with much elation some of the delegates promised to individually campaign for the affable lecturer so as to ensure he brings the much anticipated dynamism into the party’s organizational initiatives.

Speaking to this reporter, Francois expressed appreciation to all party members who have showed support and affection since he started his campaign.

According to him, with the exception of Mampong, Effiduase, Nsuta, Kumawu, Ejisu and Juaben where he is yet to visit all the 41 constituencies he has been able to tour have showed him kindness.

He prayed that they continue with such show of support and ensure they endorse his candidature in the upcoming polls.