The Member of Parliament for Efutu in the Central Region explained that Parliament was yet to give legal backing to the fund.

He also alleged that the government was likely to overspend and called on authorities of the fund, which is Coordinated by Kwadwo Adu Asare, to provide clarity.

President Mahama last month launched the YES fund with a seed money of GH¢10 million to help new businesses with start up capital.

But Afenyo Markins, who is also a member of Parliament’s Finance Committee told Joy News’ Elton Brobbey questions bothering on transparency and good governance makes the fund likely to collapse.

“I cannot understand why government would create this programme and give it to a politician to run it. With all due respect, Mr Adu Asare…is a politician,” he said.

“He [Adu Asare] is a member of the government communication team,” the MP explained.

“I cannot foresee any serious thing being done in terms of transparency in implementing this policy,” he said.

The fund, according to the government, is open to people between the ages of 18 to 35, who have good business proposals that can yield dividends and create more jobs.

Afenyo Markins asked “if really that is your vision, why not allow active participation by the private sector?”

He said the Association of Ghana Industries (AGI) is in the best position to manage the entrepreneurial fund. 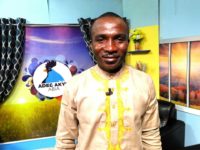 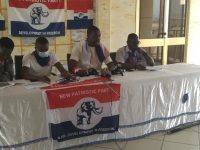