The residence of the Atebubu-Amanten District Chief Executive (DCE), Sampson Owusu Boateng has been vandalised by rampaging National Democratic Congress (NDC) youth in a power struggle between the DCE and the Member of Parliament (MP) for the area.

The youth led by the constituency organiser who was wielding an AK 47 riffle was said to have rushed into the DCE’s home destroying many properties.

The MP, Sanja Nanja has accused the DCE of mobilising his tribesmen and supporters to attack the party office following a request for him to return his official vehicle after he was removed from office by the Local Government Minister, Collins Dauda.

This was confirmed by the Minister on Adom FM’s Morning Show, ‘Dwaso Nsem’ on Thursday that indeed the DCE had been removed from the office and hence was required to hand over all state properties and move out of his official bungalow.

The minister also expressed disappointment at the young DCE as according to him, many of his age-mates have not had the opportunity to serve in the party.

But Mr Owusu Boateng on the same show accused the sector Minister for taking sides in the issue and presenting a biased report on happenings in the district.

According to him, he was not surprised at the Minister as he is a close ally of the MP, Sanja Nanja and have intention of unseating him.

He however alleged that the duo and other party officers are planning to use government money for elections and hence they are unsure if he, the DCE would permit that. 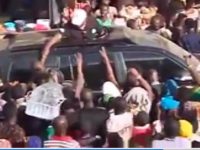 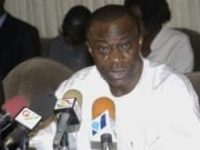