Many Ghanaians say he is soft, humble, affable and meek, and even cautious to hurt a fly let alone his fellow human being, hence the disorderliness and lackluster showing from some of his appointees, but The aL-hAJJ can today report that in the next coming days, Ghanaians will witness the other side of President John Mahama as he embarks on a wide-range of reforms in order to reinvigorate and add the needed fillip to his two-year-old administration.

It is becoming obvious to even the casual political observer that despite working untiringly to subdue the myriad of challenges affecting the country, especially the epileptic energy crisis, President John Mahama would have to radically overhaul his administration exactly mid-term in office if his government is to make meaningful headway going into the 2016 polls.

As an astute historian and politician of several years of experience, President Mahama knows this more than anyone; his close aides told The aL-hAJJ.

They said the well-groomed and most experienced President Ghana has ever had is not unaware of the fact that, in spite of some of the spectacular achievements by his administration; more needed to be done in the remaining two of his 4-year mandate, and this will require refocusing and an overhaul of his appointees to reinvigorate the team and make it a winsome one as we inch closer and closer to the 2016 elections.

“The President is going to cause a ‘tsunami’ in the coming days, indeed apart from the massive reshuffle of his appointees; the President has vowed to reduce the mounting burden and workload on the Presidency by assigning some essential roles to the party…
Consequently, some influential officials at the Flagstaff House are likely to lose their powers and influence to the party in order to reduce the internal battles, bickering and acrimony currently ongoing,” a source told this paper.

As a precursor to what is expected, the president, last week, in spite of his affinity and camaraderie with two of his senior minders: genteel Executive Secretary to the President, Dr Raymond Atuguba and high-flying former media practitioner and Presidential Spokesperson, Ben Dotse Malor; he ‘allowed’ them a safe and unquestioned exit from their various positions in government with the promise of more to follow in the coming days.

A statement from the seat of government, the Flagstaff House, and signed by the chief of staff, Prosper Douglas Bani, said Mr. Ben Dotse Malor has concluded his one-year contract as Communications Adviser at the Flagstaff House and is returning to the United Nations from where he had taken a one-year leave of absence.

According to the statement, Cabinet Secretary Mr. Roger Angsomwine has been asked to act as Secretary to the President. He replaces Dr. Raymond Atuguba, who also returns to the University of Ghana at the end of a two-year sabbatical leave.

“These changes,” according to the statement, “are part of changes which will be taking place at the Flagstaff House over the next few days.”

The aL-hAJJ can confirm that one important and strategic position to follow after the exit of the aforementioned members of government is the office of Chief of Staff, even though it remains unclear the fate of Prosper Douglas Bani.

Mr. Bani would have to work hard and redouble his efforts in persuading and lobbying the President if he is to maintain his job beyond this month.

A very dependable source told this paper that whiles the president would have preferred Mr. Bani to continue on his job, the overwhelming pressures on him to replace him has compelled Mr. Mahama to be considering three others for arguably the most important position in government.

Potential replacements to Mr. Bani are President Mahama’s brother-in-law and one time general secretary of the NDC, Alhaji Hudu Yahaya and the former Ghana High Commissioner to Nigeria who is also former deputy National Treasurer of the NDC and presently, special aide to the president in charge of ‘special duties,’ Alhaji Baba Kamara.

The third person is the current deputy Chief of Staff, Madam Valerie Sawyer, an astute lawyer and a consummate politician.

She is seen as very experienced regarding the work of a Chief of Staff, having served as a deputy since 2009 under the late President Mills. As a woman, her appointment would be hailed by gender activists and democracy campaigners who have been calling for the inclusion of women at the higher level of governance.

The ongoing but long-awaited changes at the Flagstaff House form part of President John Mahama’s pledge to strengthen his government as announced in his famous and unprecedented “Green Letter”, served on all political appointees at the seat of government except the vice president last year.

The Herald newspaper last week reported that “lots of powerful men are expected to leave The Flagstaff House, within the coming days. Insiders say teamwork had broken down among most of the President’s men, with lots of them not on talking terms” with one another. The paper also confirmed our sources disclosures about changes at various ministerial portfolios.

According to The Herald, “President Mahama is in the middle of his first term, and has less than two years to showcase his achievements to Ghanaians in the face of disjointed but marauding opposition political party, which is employing all manner of tricks, to win political power. The ministerial changes are said to be long overdue”.

The aL-hAJJ recently quoted its sources close to the president as saying, unlike previous reshuffles “this particular one will cut across ministers, their deputies, people at the seat of government, heads of parastatals and the financial sector among others”.

This paper’s sources hinted that there will be some movements of senior staffs at the presidency before the reshuffling train makes a stop at the ministries where some ‘underperforming’ ministers and deputy ministers will be shown the exit. 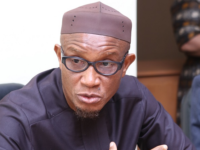 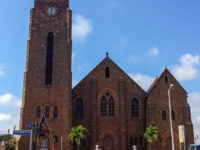