District Chief Executive for Sissala West, Mr. Moses Dramani Luri says education is the key to the eradication of poverty, and government is committed to establishing the 200 Senior High Schools to make education accessible to all.

He made the statement at the ground breaking ceremony for work to commence on the community day senior high school at Zini in the Sissala West district of Upper West Region. The government in its 2012 manifesto pledged to build 200 Community Day Senior High schools across the country.

The aim of the project is to increase access to secondary education in underprivileged districts as well as improve quality in low performing senior high schools.

Mr. Luri said the district has vast land yet with limited opportunities, adding that the establishment of the SHS would help create some opportunity for the youth to educate themselves.

The DCE commended the Buwa Traditional Council for not only releasing land but also taking steps to prepare legal documents to prevent future encroachment. He announced that government would construct ICT centers in Zini and Pulima communities to improve on ICT education in the district while nine more Community based Health Planning Service Compounds would be constructed to make health accessible to the people.

The E-block project consists of 24 standard classrooms, three laboratories, two libraries, eight offices for heads of departments, internet facilities among other facilities, and would be completed within 18 Months. The cost of the project is GHC 5,588,805.503.

Acting President of the Buwa Traditional Council, Kuoro Barecheh Nlowie Baninye II thanked the President and the government for heeding to their long time appeal for a SHTS for their children.

Kuoro Baninye who is also the Divisional Chief of Niator noted that the establishment of the Community SHTS in the Traditional Area would help unlock the vast uncharted potentials among the youth of the area.

He thanked the government for being a listening government and once again appealed to the Zini Health Post to be upgraded to a Polyclinic to adequately serve the health needs of the people. In the Upper West Region, three districts for now are to benefit from the project. They are Lambussie-Karni, Sissala West and Wa West are to benefit from the projects. 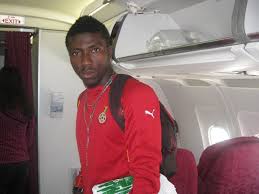