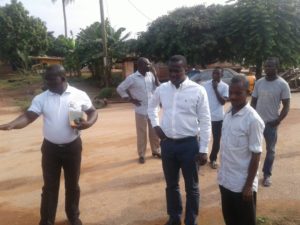 The Member of Parliament for Kwadaso, Dr Samiu Nuamah has assured residents of the constituency of his commitment to get the Ministry of Roads and Highways to rehabilitate the bad roads in the area.

This, he noted was to ensure residents get relief from the dust that they have had to grapple with daily in the constituency.

Speaking to the Ghanaian Observer Newspaper during a tour of the roads in the constituency last weekend in the company of an engineer from the Urban Roads Department, Dr Nuamah pledged to do all he can to ensure the bad roads are given the face-lift it deserved.

He stressed the area had suffered for far too long due to the negative politics that was played out by the previous National Democratic Congress (NDC) concerning the roads in the area.

CHANGE:
Sounding confident, Dr Nuamah said the victory of the New Patriotic Party(NPP) will bring relief the constituency.
According to him, the bad roads as well as broken down bridges would see some renovation because the government had shown commitment to making urban roads and others in the remote communities in Ghana accessible.

Areas such as Edwenease, Tobre and Kwadaso Estate, the MP noted are areas that would receive massive rehabilitation in the Kwadaso Constituency.

He, however, observed the challenges confronting residents at Kwadaso were enormous but admitted they were something that is surmountable if they as a people together with him as the MP work towards solving them.

PARLIAMENT:
On his experience in Parliament as a first timer, the MP noted with pride the sort of experience he had gathered at the house.

”It has been a great experience in Parliament and I believe that the work of parliament would shape me up so as to bring my fullest potential to the building of a better country”, Dr Nuamah noted.

According to him, parliamentary work was more of consensus building and the more one learned that art he or she can be able to work with people everywhere.

”If you learn the art of consensus building there is nowhere you cannot work with people because you will come across all kinds of characters, temperaments and values others keep as you discuss issues in the house”, the Kwadaso MP posited.

He believed the first four year term would build him up for further success in future as he works to ensure the entire Kwadaso constituency gets the sort of development it deserves.

The MP promised to put his immense experience in the field of Energy at the disposal of Government as well as the Ministry of Energy and ensure he works his socks out to improve the livelihoods of his constituents and the people of Ghana as a whole.

” I am positive that going forward my contributions in the house concerning energy issues where I am competent at would help shape discussion and ensure better results in the energy situation in Ghana”, Dr Nuamah intimated. 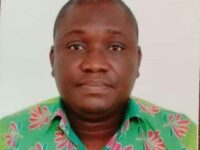 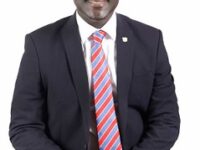 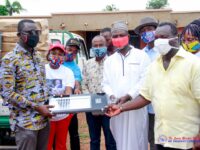 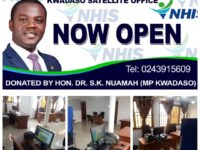